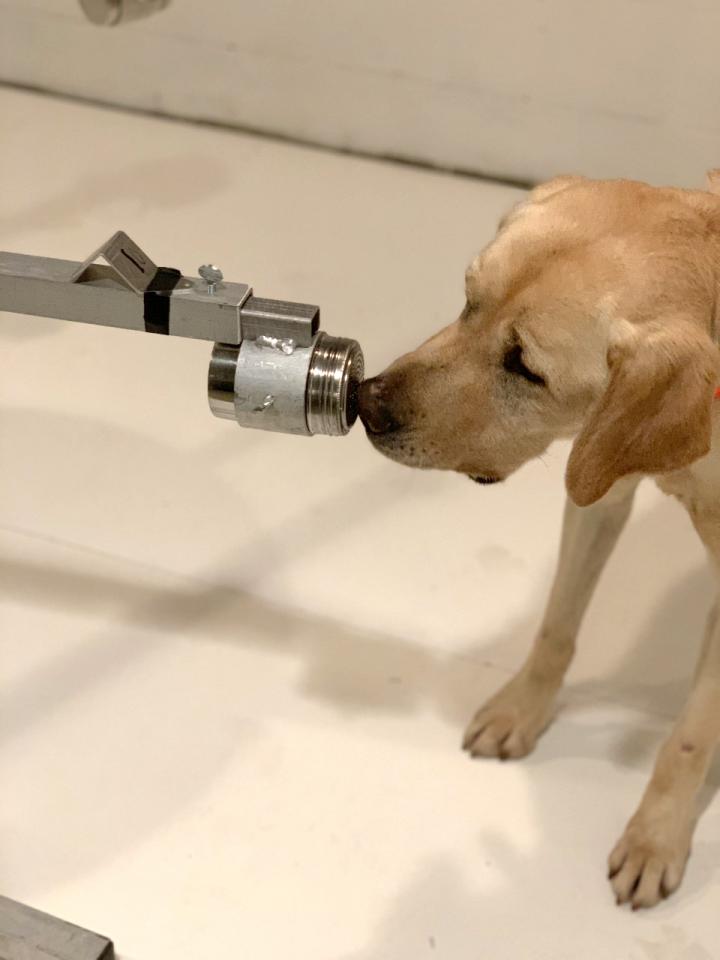 Dogs can sniff out SARS-CoV-2 in urine samples with 96 percent accuracy, according to a proof-of-concept study.

No more swabs being jammed up your nose? Not quite, as the “dog test” is a long way off from practical applications.

That’s because the dogs could only distinguish between positive and negative results in samples that they had trained with; they failed to detect SARS-CoV-2 when presented with completely new samples.

Dogs are known to be able to sniff out scents that are specific to various diseases, and previous studies have shown that SARS-CoV-2 also has a strong signature that dogs can detect in saliva and sweat samples.

In fact, dogs have already been deployed to detect COVID-19 at a Dubai airport, according to the study.

But it wasn’t known whether dogs could detect the virus in urine samples, where the virus load is typically lower, according to the study.

To figure this out, a group of researchers first trained eight Labrador retrievers and one Belgian Malinois to recognize the scent of a synthetic substance known as the universal detection compound (UDC), which is an odor that isn’t found naturally in the environment.

They put the compound on one of 12 ports of a “scent wheel” and rewarded the dogs whenever they reacted to the port containing UDC.

Once they learned to recognize the UDC, the researchers then used the scent wheel to train the dogs to react to urine samples taken from SARS-CoV-2-positive patients.

The samples were taken from seven individuals who had tested positive for SARS-CoV-2 – two adults and five children – as well as six kids with negative SARS-CoV-2 tests.

The reason for the lower sensitivity may be because of the strict way they conducted the tests; if the dogs pass a port with a positive sample once without responding, that was labeled as a miss, according to a statement.

“This is not a simple thing we’re asking the dogs to do,” senior author Cynthia Otto, the director of the University of Pennsylvania School of Veterinary Medicine Working Dog Center, said in the statement.

“Dogs have to be specific about detecting the odor of the infection, but they also have to generalize across the background odors of different people.”

Indeed, the dogs struggled in the trials a bit. They tended to discriminate between the actual patients’ scents and not their infection status and they were also confused by a sample from a patient who had recently recovered from COVID-19 but had a negative test result, according to the statement.

“The dogs kept responding to that sample, and we kept telling them no,” Otto said in the statement. “But obviously there was still something in the patient’s sample that the dogs were keying in on.”

But because the dogs were trained repeatedly on the same samples from the same patients, they were unable to generalize to completely new samples, which is key for real-world applications.

In future studies, researchers should train dogs on diverse samples and not repeatedly test the dogs on samples from the same individuals, according to the statement.

Now, the researchers are conducting what they call “the T-Shirt study” in which they’re training dogs to detect whether or not someone is infected with SARS-CoV-2 and whether someone is vaccinated based on odors left on shirts the people wore overnight.

“We are collecting many more samples in that study – hundreds or more – than we did in this first one, and are hopeful that will get the dogs closer to what they might encounter in a community setting,” Otto said.

The findings were published April 14 in the journal PLOS One.

The 12 deadliest viruses on Earth