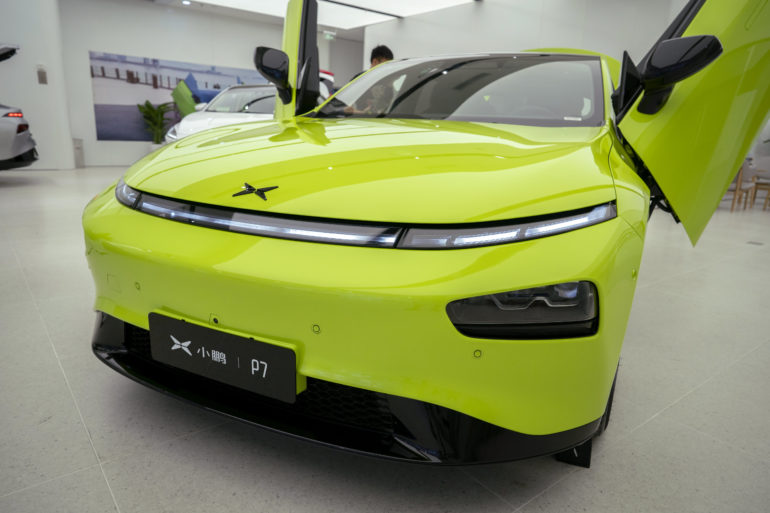 GUANGZHOU, China — Chinese electric car start-up Xpeng released updates for its semi-autonomous driving system as its looks to up its challenge to Tesla in China.

Xpeng released XPILOT 3.5, the latest version of its advanced driver-assistance system, or ADAS. This refers to a driving software system with some autonomous features but where a driver is still required.

With XPILOT 3.5, the company will be launching a feature called City NGP, which stands for navigation guided pilot. The system allows Xpeng’s cars to change lanes, speed up or slow down, or overtake cars and enter and exit highways. Previously the system was designed just for highways, but now Xpeng will be releasing this feature for driving in cities.

XPILOT 3.5 will be available to owners of Xpeng’s P5 car, which was launched this year. The upgrade will be rolled out to customers in the first half of 2022.

Xpeng also announced details of the next-generation ADAS called XPILOT 4.0. The company said that it has upgraded the hardware that will power XPILOT 4.0 and will include features including vehicle switch-on to assisted parking.

XPILOT is Xpeng’s rival to Tesla’s ADAS called Autopilot. Competition in China’s electric vehicle market continues to heat up. Automakers are looking to launch features and vehicles to differentiate themselves and stand out in what is becoming an increasingly crowded market.

Xpeng also launched a new charger for its cars. The company says that with just five minutes of charging with the new charger, the car’s battery will have a range of 200 kilometers.