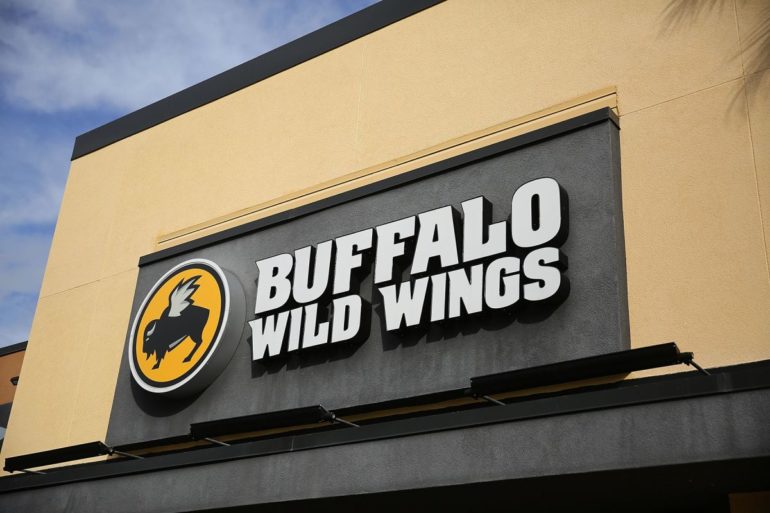 An employee at Buffalo Wild Wings died after being exposed to toxic fumes created by a mix of common cleaners, according to news reports. More than a dozen others were injured from the toxic fumes.

The incident occurred yesterday afternoon (Nov. 7), when a worker at a Buffalo Wild Wings in Burlington, Massachusetts, began cleaning the restaurant floor, according to NBC News. The worker used a cleaner called Super 8, a bleach-based solution that contains the compound sodium hypochlorite. However, unbeknownst to the worker, an acid-based cleaner called Scale Kleen had spilled onto the floor earlier, NBC reported.

The mixture of the two chemicals resulted in a substance that “turned green and started to bubble,” Burlington Fire Chief Michael Patterson, told NBC. The worker developed burning eyes and breathing problems, and left the area. Then, a manager tried to squeegee away the mixture, but he developed serious symptoms and was unable to continue. The manager, who has been identified as 32-year-old Ryan Baldera, later died at the hospital, according to local news outlet NBC10 Boston. Thirteen other people were also treated for exposure to the fumes.

Everyday cleaners can be dangerous — even deadly —  when mixed improperly. For instance, chlorine bleach can react with ammonia, acids and other cleaners, according to the Washington State Department of Health (DOH).

For example, when bleach is mixed with an acid (such as vinegar or chemicals found in some window, drain and toilet-bowl cleaners), chlorine gas is produced. Exposure to chlorine gas usually causes irritation of the eyes, throat and nose, leading to coughing, breathing problems, runny nose and burning…