A new temperature record for superconductivity has been reached 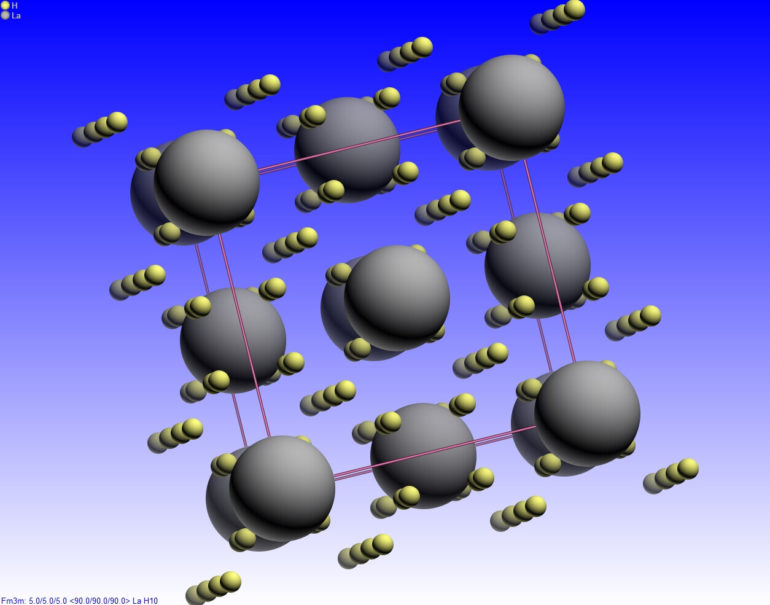 Discovered in 1911 by the Dutch physicist Heike Kamerlingh Onnes, superconductivity is an active field of research in physics of condensed matter. Characterized by a zero resistivity and the expulsion of a magnetic field (Meissner effect) below their critical temperature, superconductors open the way to revolutionary applications in many fields. Recently, physicists have been able to observe the phenomenon at a higher temperature than ever before.

German scientists have taken a new step in superconductivity: observe the phenomenon the highest temperature ever reached, only -23 C. The work was directed by Mikhail Eremets, physicist Max Planck Institute of Chemistry, which had established the record high temperature precedence for superconductivity in 2014, -70 C. The results were published in the journal Nature.

The superconductivity ambient temperature, higher than 0 C, is a true Grail for physicists. If that could be done, it would revolutionize the efficiency and performance of electrical systems, by dramatically improving electrical networks, high-speed data transfer and electric motors, to name just a few examples.

Eremets and his team reached the record high-temperature superconductivity precedent using hydrogen sulphide under 150 gigapascals of pressure (the Earth’s core is between 330 and 360 gigapascals). Sulfur hydrogen is a material so light that it can vibrate at high speeds, which means higher temperatures, but such pressure is needed to prevent it from breaking up when vibrating.

Superconductivity -23 C: a new temperature record thanks to lanthanum hydride

This new research used a different material, called lanthanum hydride, subjected to a pressure of about 170 gigapascals. Earlier this year, the team announced that it had achieved superconductivity with this material -58.15 C and now, a few months later, it has improved this result. 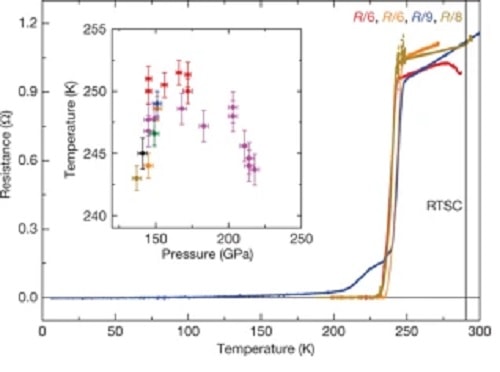 This jump of 50 C from the record-breaking critical temperature of -70.15 C, indicates the potential for superconductivity at ambient temperatures in the near future, the researchers write.