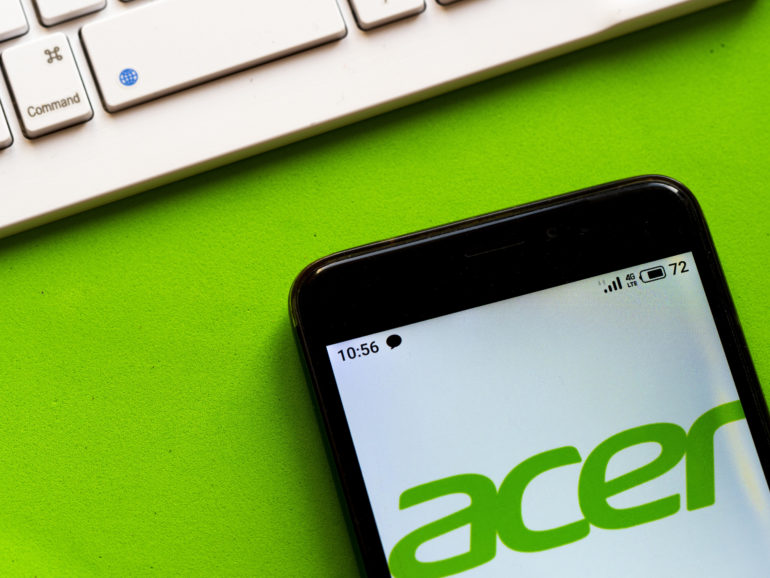 Acer Australia has reported after-tax profit of AU$1.1 million for the full year to 31 December 2020, which was a dip from the AU$2.9 million earned in the year prior.

The dip was primarily due to the Australian arm of Acer receiving a larger tax bill for 2020, with the company paying AU$3.4 million in income taxes, which was almost four times the amount paid in 2019.

This is despite Acer Australia’s profit before taxes growing by AU$1.7 million for 2020, amounting to almost AU$4.5 million.

Looking at revenue, Acer Australia earned AU$341.7 million for the full year, which was a AU$55 million improvement year-on-year. Sales of goods provided the lion’s share of the revenue, chipping in AU$316 million, while services provided the remaining amount.

As revenue increased, so did the company’s cost of sales, which rose by AU$53 million year-on-year to AU$319 million. Of those costs, employee expenses accounted for almost AU$2.8 million and was distributed to 92 employees.

Acer also used the financial report to touch on the cyber attack it experienced in March, stating the attack did not create any business or financial impact and all of its systems have since recovered.

Cerebrospinal fluid as liquid biopsy for characterizing and policing of medulloblastoma

Just over a month ago, Acer was hit by a REvil ransomware attack, with the culprits demanding $50 million from the company.

“The company recently experienced a cyberattack detected on the corporate network, for which Acer headquarter immediately initiated security and precautionary measures. There has been no business nor financial impact to the company as a result of the cyberattack,” Acer said in its financial results.

Acer, the Taiwanese parent company, in March reported comprehensive income of NT$4.97 billion ($178 million) and consolidated revenues of NT$277.11 billion for the full year, which represented year-on-year growth of around 200% and 18%, respectively.