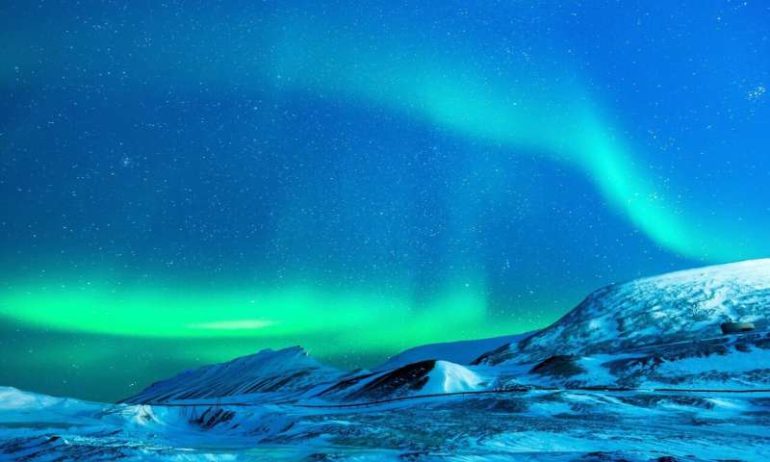 The fast-warming Arctic has started to transition from a predominantly frozen state into an entirely different climate, according to a comprehensive new study of Arctic conditions.

Weather patterns in the upper latitudes have always varied from year to year, with more or less sea ice, colder or warmer winters, and longer or shorter seasons of rain instead of snow. But the new research by scientists at the National Center for Atmospheric Research (NCAR) finds that the Arctic has now warmed so significantly that its year-to-year variability is moving outside the bounds of any past fluctuations, signaling the transition to a “new Arctic” climate regime.

“The rate of change is remarkable,” said NCAR scientist Laura Landrum, the lead author of the study. “It’s a period of such rapid change that observations of past weather patterns no longer show what you can expect next year. The Arctic is already entering a completely different climate than just a few decades ago.”

In the new study, Landrum and her co-author, NCAR scientist Marika Holland, find that Arctic sea ice has melted so significantly in recent decades that even an unusually cold year will no longer have the amount of summer sea ice that existed as recently as the mid-20th century. Autumn and winter air temperatures will also warm enough to enter a statistically distinct climate by the middle of this century, followed by a seasonal change in precipitation that will result in additional months in which rain will fall instead of snow.

For the study, Landrum and Holland used hundreds of detailed computer simulations as well as observations of Arctic climate conditions. The vast amount of data enabled them to statistically define the climate boundaries of the “old Arctic”—or how much variability can naturally occur from year to year—and then to identify when human-caused warming will push the Arctic beyond those natural bounds and into a new climate.

The future projections used for the study are based on a high-end scenario for future emissions of greenhouse gases, a trajectory known as RCP 8.5. The paper notes, however, that reduced emissions would lessen the extent of climate change in the Arctic.

The research was funded by the National Science Foundation, which is NCAR’s sponsor, and the National Oceanic and Atmospheric Administration. It was published this week in Nature Climate Change.

The far north is warming more rapidly than lower-latitude regions, which is due to a process known as Arctic amplification. This occurs because light-colored sea ice, which reflects heat back into space, is replaced by darker ocean water, which traps heat. In addition, relatively warm ocean waters are no longer shielded in the winter as effectively by the insulating properties of thick sea ice.

The changes in Arctic climate are so profound that the average extent of sea ice in September, when it reaches its annual minimum, has dropped by 31% since the first decade of the satellite era (1979-88).

Landrum and Holland wanted to determine if this decline shows that the Arctic climate has fundamentally changed. They also wanted to study changes to two other key aspects that are indicative of the frozen state of Arctic climate: air temperatures in the fall and winter, and the seasonal transition in precipitation from mostly snow to mostly rain.

To answer these questions, they turned to multiple simulations from five of the world’s leading climate models that have been used for an international research project known as the Coupled Model Intercomparison Project 5, or CMIP5. The large number of simulations enabled them to assemble a statistically significant picture of Arctic climate, allowing them to differentiate year-to-year natural climate variability from a transition to a new Arctic climate.

The scientists compared the model output to observations, confirming that the models were accurately capturing past climate and therefore could reliably simulate future climate.

Landrum and Holland then applied statistical techniques to determine when climatic changes exceeded the bounds of natural variability. For this last question, they identified a different climate as emerging when the 10-year average was at least two standard deviations away from the average of the climate in the decade 1950-59.

When they applied these techniques to sea ice extent, they found that the Arctic has already entered a new climate. Each of the five models showed sea ice retreating so dramatically that a new climate for sea ice had emerged in the late 20th and early 21st centuries.

Looking forward, they also found that the Arctic may start to experience largely ice-free conditions in the next several decades. Several of the models indicated that the Arctic could become mostly ice free for 3-10 months annually by the end of the century, based on a scenario of high greenhouse gas emissions.

In terms of air temperatures, Landrum and Holland focused on autumn and winter, which are strongly influenced by the summertime reduction of sea ice and the subsequent timing of the ice regrowth. They found that the air temperatures over the ocean will enter a new climate during the first half or middle of this century, with air temperatures over land warming substantially later in the century.

The seasonal cycle of precipitation will change dramatically by the middle of the century. If emissions persist at a high level, most continental regions will experience an increase in the rainy season of 20-60 days by mid-century and 60-90 days by the end of the century. In some Arctic regions, rain may occur any month of the year by century’s end.

“The Arctic is likely to experience extremes in sea ice, temperature, and precipitation that are far outside anything that we’ve experienced before,” Landrum said. “We need to change our definition of what Arctic climate is.”