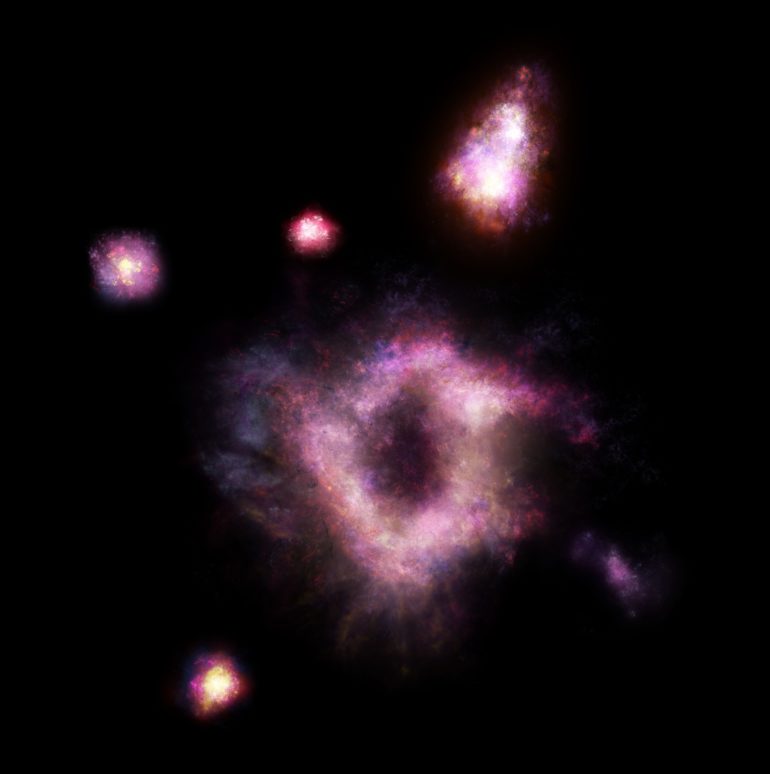 Astronomers have captured an image of a super-rare type of galaxy—described as a “cosmic ring of fire”—as it existed 11 billion years ago.

The galaxy, which has roughly the mass of the Milky Way, is circular with a hole in the middle, rather like a titanic doughnut. Its discovery, announced in the journal Nature Astronomy, is set to shake up theories about the earliest formation of galactic structures and how they evolve.

“It is a very curious object that we’ve never seen before,” said lead researcher Dr. Tiantian Yuan, from Australia’s ARC Centre of Excellence for All Sky Astrophysics in 3 Dimensions (ASTRO 3-D). “It looks strange and familiar at the same time.”

The galaxy, named R5519, is 11 billion light-years from the Solar System. The hole at its centre is truly massive, with a diameter two billion times longer than the distance between the Earth and the Sun. To put it another way, it is three million times bigger than the diameter of the supermassive black hole in the galaxy Messier 87, which in 2019 became the first ever to be directly imaged.

In AIApps and WebCompaniesGamingSmartphones
on 2 December 20209 min read

“It is making stars at a rate 50 times greater than the Milky Way,” said Dr. Yuan, who is an ASTRO 3-D Fellow based at the Centre for Astrophysics and Supercomputing at Swinburne University of Technology, in the state of Victoria.