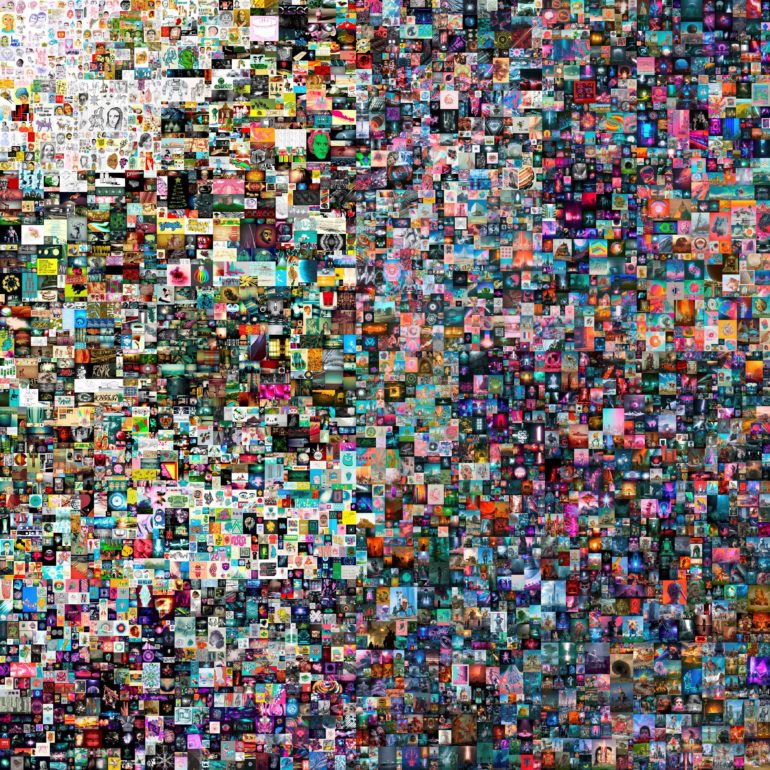 Beeple told CNBC on Friday he thinks NFTs are here to stay.

The digital artist, real name Mike Winkelmann, became widely known this year when he sold a nonfungible token photo collage, “Everyday: The First 5,000 Days,” for more than $69 million at a Christie’s auction in March.

“I believe so strongly in this technology because it’s so simple in terms of proving ownership and it can be applied to so many different things that I think long term it has such a massive opportunity and massive possibility of really being looked at as a true alternate asset class,” Beeple said in a “Tech Check” interview.

“I think where we are over the course of this two months or whatever, I think this is an industry that’s going to be around for many, many decades,” he added.

NFTs are unique digital assets — often in the form of JPEGs or video clips — that can be bought and sold. The transactions are recorded on a blockchain register, similar to those that underpin bitcoin and other cryptocurrencies.

While the average person may not yet know much about NFTs, which have exploded in popularity in recent months, Beeple believes this trend will grow as consumers look for more quality and long term value in their assets. Critics of the NFT craze see it as merely temporary, suggesting their values will eventually decline sharply once it becomes less desirable to own the digital assets.

Less than two weeks after Beeple sold “5,000 Days,” Twitter CEO Jack Dorsey’s first tweet, offered for sale as a nonfungible token, was sold for 1,630.58 ether. That was equivalent to about $2.9 million based on ether’s price at the time of sale.

NBA Top Shots, which are NFTs of NBA highlight videos, have raked into sales topping $200 million, with a LeBron James video selling for $208,000. Grimes, the musician and artist, also sold NFTs of videos and music for more than $6 million.

“It’s still very much something that I see a massive room for growth, but I think you’re seeing people start looking for a bit more sort of quality in their releases here and something that they think is going to retain value long term,” Beeple said. “I think that’s super healthy the whole entire ecosystem.”

Beeple also teased a bit about his future digital artworks and how he wants to expand his digital pieces into physical platforms that people can use and connect with, something he thinks would be beneficial for the future innovations for NFTs.

“Digital art is, at the end of the day, going to be seen in the real world somewhere, whether that’s your phone, whether that’s your screen. So what I want to do is make some really cool screens for people to view this on and something that feels like it’s very cohesive and sort of packaged with the artwork itself and something that feels like a physical extension of that digital artwork,” he told CNBC.

“People are going to be looking for something that connect with them or have uses, and that’s where they’re gonna put their money,” he added, without revealing anything more about what he’s up expect to say he’ll be ready to announced something very soon.