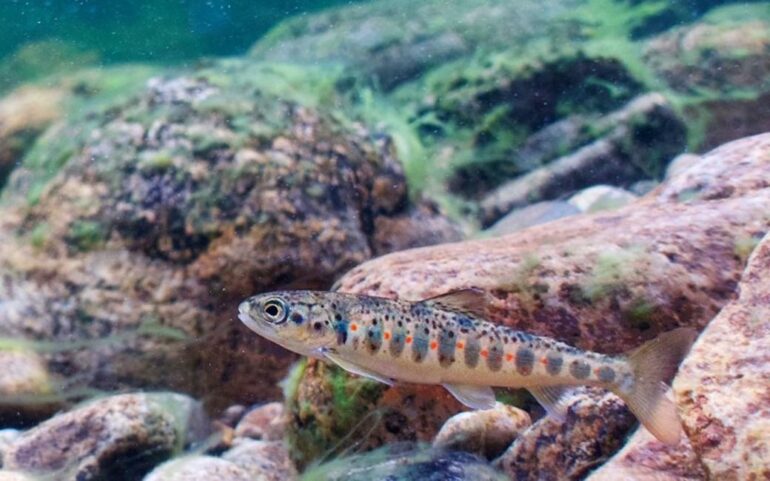 A study conducted at the University of Helsinki indicates that early sexual maturation and high aerobic performance in salmon have a genetic link that is already evident in juvenile salmon.

Salmon are born in rivers, migrate to the sea to reach maturity and return to spawn in their native river. While the salmon that reach their maturity at an early age return from the sea after a single year, the individuals that are slower to develop can spend two years or an even longer time at sea.

Genomic regions have been identified in the salmon genome that heavily regulate the number of years spent at sea. Under the direction of Academy of Finland Research Fellow Tutku Aykanat, researchers from the University of Helsinki bred a large number of young salmon that differed on the basis of two such regions.

The genetic coupling of age-at-maturity and performance did not depend on the amount of food available to the salmon, which indicates that the finding could be generalisable to both wild salmon populations and fish farming conditions.

“Salmon that have spent several years at sea and mature at a later date are considerably larger and produce a larger number of offspring when they return to spawn compared to salmon that spawn after only one year at sea. Now, it would be important to determine whether these salmon are more susceptible to global warming due to their poorer aerobic performance. Higher water temperatures increase the energy needs of fish, but the limitations of aerobic performance make adaptation to high temperatures challenging. Aerobic performance can become an increasingly important factor for salmon in warming habitats,” Prokkola says.

Investigating the genetic and physiological factors that affect age at sexual maturity is important for understanding changes taking place in salmon populations.

The research was published in Proceedings of the Royal Society B: Biological Sciences.

A decade of deep-reef exploration in the Greater Caribbean