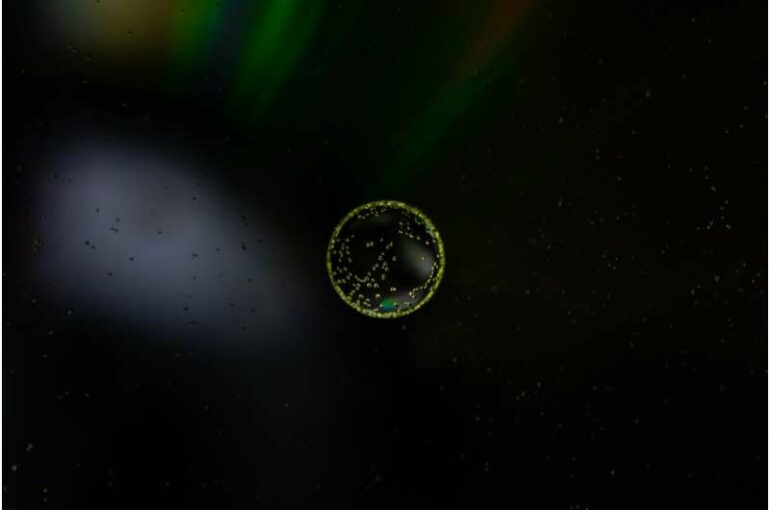 One of the laboratories at the Institute of Basic Medical Sciences houses equipment worth many millions of kroners. Few research groups have the resources to buy an electron microscope when conducting scientific research. Using an electron microscope, Professor Mahmood Reza Amiry-Moghaddam and his colleagues can investigate the ultra-small structures in a cell.

“We’re talking here about nanometers and micrometers,” explains Amiry-Moghaddam at the Department of Molecular Medicine.

“We can see the tiny structures of cells, and using immunohistochemical methods, we can detect where membrane proteins are located and whether they can move from one domain to another. You could hardly get further into the depth of cells than this!”

Amiry-Moghaddam’s group celebrated yet another contribution to the advancement of scientific knowledge—this time in an article published in the journal Nature Communications.

University of Oslo in the forefront

The University of Oslo has come to the aid of many international research teams with its electron microscopes. However, the expertise of the scientists using the microscopes is just as important as the equipment itself.

The research hub also known as The Oslo School of Neuroscience has over the last century fostered a number of high-profile names, including the polar explorer Fridtjof Nansen, Jan Jansen senior, Alf Brodal, Theodor Blackstad, and Per Andersen. The latter was supervisor to the Nobel Prize laureates Edvard and May-Britt Moser.

Can see exactly where cells are located

The recent article in Nature Communications was initiated by researchers at the Karolinska Institute in Sweden who wanted to test their hypothesis about tiny cells surrounding the smallest blood vessels in the brain. These cells play a key role in forming scars after brain damage has occurred, for example after a stroke.

When these scars form, the brain struggles to repair damaged nerve fibers. To develop medicines to combat this, an important factor will probably be to prevent these cells from dividing and escaping through the blood vessel walls. But the scientists in Sweden needed help with the extremely small details of their research.

“We “mark” the cells with gold particles. Our contribution to this article was to demonstrate the exact location of these cells that belong to a type of cell called pericytes. We are currently in the process of characterizing these cells still further—what is the difference between these cells and pericytes that never seep out of the walls of blood vessels? Can we differentiate between them based on their appearance alone?” asks Amiry-Moghaddam.

Scientist Christian Göritz at the Karolinska Institute in Stockholm expresses his gratitude for the Nordic collaboration with Amiry-Moghaddam.

“His laboratory possesses unique expertise, which allowed us to characterize scar-forming pericytes at the ultrastructural level. We already started the next collaboration project with Professor Amiry-Moghaddam’s group in which TEM microscopy has a central role. My hope is that we can continuously expand our Nordic collaboration,” says Göritz.

The electron microscopes are nearing the end of their lifetime

Amiry-Moghaddam points out that the microscopes have contributed to several hundred publications. But now they are between 13 and 19 years old. As they age, the team must exercise care in how they use them.

“Previously, scientists were queuing up and we had waiting lists. But now we cannot afford to be as open as we were before; we have to make sure that those using the equipment are well acquainted with how to use it, since it is less likely to withstand errors. If we were given new equipment, we could allow more people to use it again,” he says.

Each electron microscope costs between six and seven million kroners and there are few opportunities for applying for funding to replace such expensive equipment.

“At the same time, it is essential to maintain the specialized expertise of our team—this is just as important as the equipment itself,” says the professor.

Provided by
University of Oslo