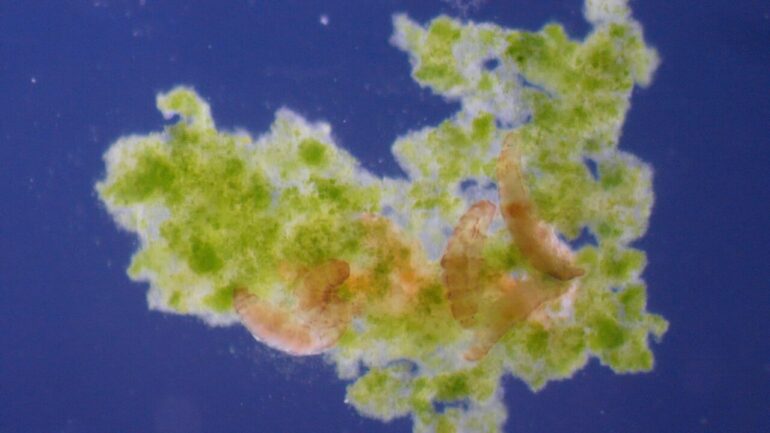 Tardigrades are excellent at adapting to harsh environmental conditions. Back in 2019, Ralph Schill, a professor at the Institute of Biomaterials and Biomolecular Systems at the University of Stuttgart, proved that anhydrobiotic (dried) tardigrades can survive undamaged for many years without absorbing water. Whether they age faster or slower in a frozen state, or whether aging even comes to a halt, was previously unclear. But the mystery has now been solved: Frozen tardigrades do not age.

Tardigrades, also called water bears, belong to the family of nematodes. Their gait is reminiscent of that of a bear, but that is the only similarity. The tardigrades, which are barely one millimeter in size, have managed to adapt perfectly to rapidly changing environmental conditions over the course of evolution and can dry out in extreme heat and freeze in cold conditions. “They don’t die, they fall into a deep sleep,” explains Schill.

For a cell organism, freezing or drying out cause different kinds of stress. But tardigrades can survive both heat and cold equally unscathed. They no longer show any obvious signs of life. And this raises the question of what happens to the animals’ internal clock and whether they age in this resting state.

For dried tardigrades, which wait many years in their habitat for the next rain, Ralph Schill and his team answered the question of aging several years ago. In a fairytale by the Grimm brothers, the princess falls into a deep sleep. When a prince kisses her 100 years later, she awakens and still looks as young and beautiful as before. It is the same with tardigrades in a dried state and therefore this is also called the “Sleeping Beauty” hypothesis (“Sleeping Beauty” model).

“During inactive periods, the internal clock stops and only resumes running once the organism is reactivated,” explains Schill. “So, tardigrades, which usually only live for a few months without periods of rest, can live for many years or even decades.”

Until now, it was still unclear whether this also applies to frozen animals. Do they age faster or slower than the dried animals, or does aging also come to a halt?

The aging process stops even when frozen

To explore this, Schill and his team conducted several experiments in which they froze a total of more than 500 tardigrades at -30 °C, thawed them out again, counted them, fed them and froze them again. This was repeated until all the animals died. At the same time, control groups were kept at constant room temperature. Excluding the time in frozen condition, the comparison with the control groups showed an almost identical lifetime. “So even in ice, tardigrades stop their internal clocks like Sleeping Beauty,” concludes Schill.

Salmonella vaccine for poultry contributed to rise of antibiotic-resistant bacteria

Schill and his colleagues published their findings and approach in the Journal of Zoology.

Provided by
University of Stuttgart