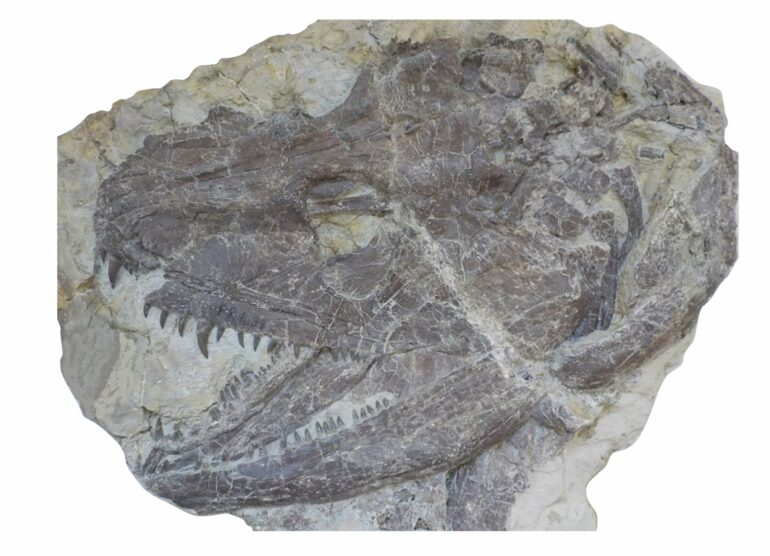 Their findings, published today in the Journal of Anatomy, suggest that physical differences in their snouts show they evolved to have different diets and were not competing for the same resource.

Ichthyosaurs, the classic “sea dragons,” were dolphin-shaped marine predators that fed on fish and squid-like swimming shellfish. The ichthyosaurs of the Lower Jurassic, some 185 million years ago, are renowned because the first specimens were found over 200 years ago at Lyme Regis in southern England, by the celebrated fossil collector and paleontologist Mary Anning. Some of her specimens have long, slender snouts and others have short, broad snouts.

“Our idea was to CT scan the specimens,” said Dr. Ben Moon, of Bristol’s School of Earth Sciences and a supervisor of the study. “The scans allow us to make a detailed, 3D model of the skull in the computer, and it can then be tested for the likely forces experienced during biting.”

Sarah Jamison-Todd, who completed the work as part of her MSc in Paleobiology said, “I learned about CT scanning, model construction, and biomechanical testing using standard engineering software that is used to test how buildings and large structures bend.”

Prof Benton concluded, “Modern predators like sharks and killer whales tend to eat anything they can, so it is exciting to be able to show that in the Jurassic there were definite specializations. The work can be extended to explore other marine reptiles such as plesiosaurs and crocodiles, so we get a detailed picture of these amazing and alien worlds of the Jurassic oceans.”

New study suggests wildlife may be answer to phosphorus crisis