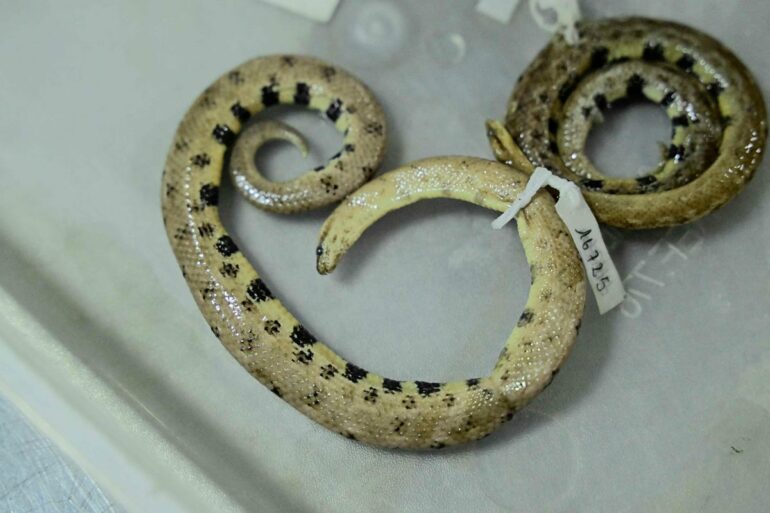 Scientists have discovered a new species of dwarf boa in the Ecuadoran Amazon and named it after an Indigenous activist.

Up to 20 centimeters (7.8 inches) long and with skin coloring similar to those of the boa constrictor—the previously unknown snake was named Tropidophis cacuangoae.

Two specimens were found in the Colonso Chalupas national reserve and in the private Sumak Kawsay park, the discoverers reported.

These snakes “are a relic of time, they are animals so old that finding or bumping into one of them is a privilege,” Ecuadoran researcher Mario Yanez of the National Biodiversity Institute (INABIO) told AFP.

The species is unusual for having a “vestigial pelvis” characteristic of primitive snakes and taken as evidence by some that snakes descended from lizards that lost their limbs over millions of years.

The team’s findings were published in the European Journal of Taxonomy.

The ministry said the discovery brought to six the number of known Tropidophis species, endemic to South America.