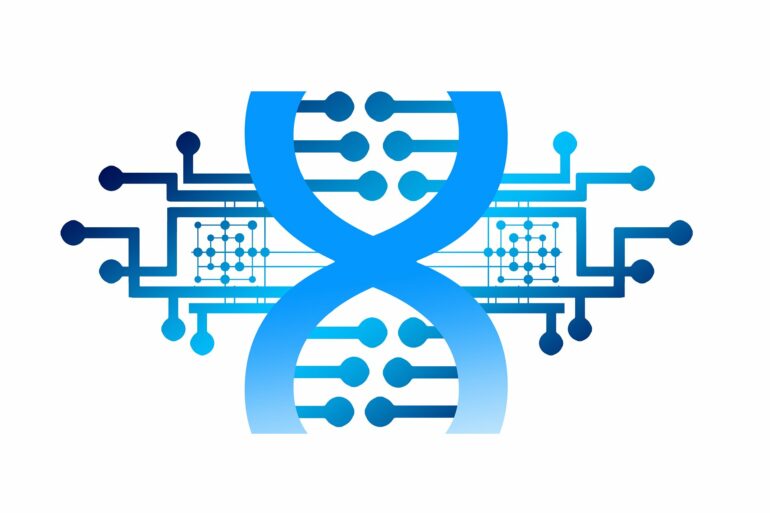 Thanks to new RNA vaccines, we humans have been able to protect ourselves incredibly quickly from new viruses like SARS-CoV-2, the virus that causes COVID-19. These vaccines insert a piece of ephemeral genetic material into the body’s cells, which then read its code and churn out a specific protein—in this case, telltale “spikes” that stud the outside of the coronavirus—priming the immune system to fight future invaders.

The technique is effective, and has promise for all sorts of therapies, says Eerik Kaseniit, Ph.D. student in bioengineering at Stanford. At the moment, though, these sorts of RNA therapies can’t focus on specific cells. Once injected into the body, they indiscriminately make the encoded protein in every cell they enter. If you want to use them to treat only one kind of cell—like those inside a cancerous tumor—you’ll need something more precise.

Kaseniit and his advisor, assistant professor of chemical engineering Xiaojing Gao, may have found a way to make this possible. They’ve created a new tool called an RNA “sensor”—a strand of lab-made RNA that reveals its contents only when it enters particular tissues within the body. The method is so exact that it can home in on both cell types and cell states, activating only when its target cell is creating a certain RNA, says Gao. The pair published their findings Oct. 5 in the journal Nature Biotechnology.

“For the first time, you can directly make only the cells of interest produce a protein under very specific circumstances,” Gao adds. “That kind of accuracy just wasn’t previously possible.” The protein produced could be an antigen—a foreign substance that elicits an immune response—like in the case of vaccines, an enzyme that restores function to a broken cell, a fluorescent protein that can be used to track specific cells in a research study, or a protein that triggers cell death to remove pathogenic or otherwise unwanted cells, among other possibilities.

The pair’s new system, dubbed RADAR, is essentially made up of two sections: a “sensor” region that latches onto specific RNAs within the body, and a “payload” region that a cell will read and convert into a protein. The two sections are separated by a stop codon, an RNA sequence portion that makes a chunk of RADAR’s genetic code inaccessible.

If RADAR’s sensor region successfully latches onto its target, the stop codon will disappear, making the remaining region—its “payload”—suddenly readable. In theory, this payload could hold instructions to make any protein, in any type of cell, at any time.

The process takes place thanks to an existing set of enzymes called ADAR (Adenosine Deaminases Acting on RNA)—a byproduct of an ongoing viral arms race that has raged within in the human body for millennia, Gao says.

Some viruses, like SARS-CoV-2, flu, and norovirus, are just a protein shell with RNA nestled inside. In the process of replicating, these viruses create very long stretches of double-stranded RNA. Since the viruses can have devastating effects on the body, our immune system has gradually learned to see those double-stranded RNAs as a threat and will quickly shut them down.

“It’s a kind of danger signal—if a cell sees double-stranded RNA, it’s immediately freaked out about it,” Kaseniit says.

In a strange twist of evolution, though, our own bodies also make double-stranded RNA. As viruses have attacked us over millennia, burrowing into our cells and toying with our genetic machinery, some of their genes have been absorbed and incorporated into our DNA. (That’s not a fluke: It has happened so many times in the past that today the human genome is almost 8% virus.)

To solve this problem, ADAR evolved as a sort of “test” system—a way for the body to tell if a piece of double-stranded RNA is friend or foe. If it finds one created by our own genome, ADAR edits it slightly to make it appear less threatening, causing holes or gaps to open up between the two strands, like removing a few stitches in the middle of a seam of fabric. The immune system, which has bigger fish to fry, promptly ignores this raggedy-looking RNA and goes on to fight the real enemy.

RADAR takes advantage of that mechanism. When its “sensor” module latches onto a specific target molecule (another piece of RNA), ADAR sees the resulting double-stranded pair as a friendly, harmless variety and faithfully edits it so the immune system will ignore it. In the process, it erases the tiny molecular “stop” sign that the researchers built into the middle of the RNA strand. Once removed, the payload section of RADAR is visible to the cell, and the code it contains is turned into a protein.

Right now, Kaseniit, Gao, and their collaborators are still testing RADAR in a variety of settings, but the results look promising. With co-authors associate professor of chemical engineering Elizabeth Sattely and postdocs Diego Wengier and Will Cody, they’ve even tried it in plants, which don’t naturally have ADAR systems—but after adding ADAR enzymes into the mix, they were able to get same results. In the future, they say, the flexibility and precision of RADAR could offer a valuable tool in both research and medicine, giving scientists a way to home in on specific cells in the lab or deliver therapies within the body.

“That’s the hope and dream of RNA as a platform, because you can just encode whatever protein you want onto a piece of RNA and cells will make it. Now with these control elements, we can specify which target cell it will be activated in. That’s very powerful,” Kaseniit says.