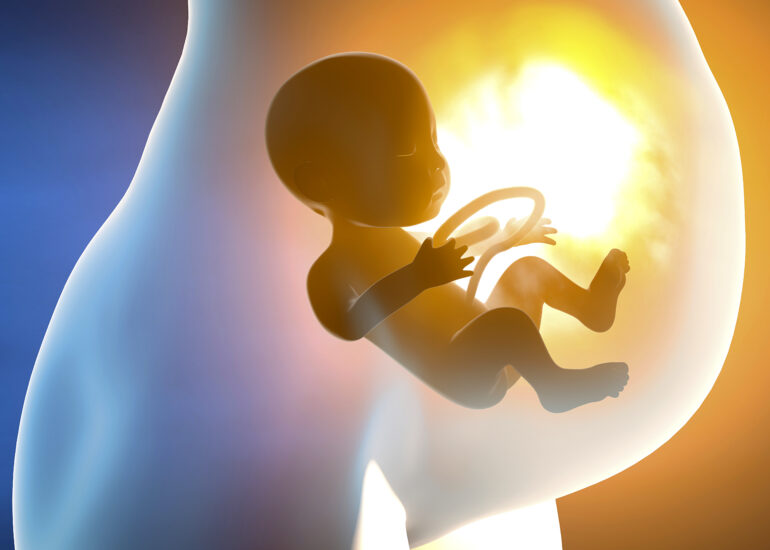 Unborn babies have air pollution particles in their developing lungs and other vital organs as early as the first trimester, new research has revealed.

The findings published in The Lancet Planetary Health show that the newborn baby and its placenta are exposed to air pollution black carbon nanoparticles proportionally to the mother’s exposure.

These nanoparticles also cross the placenta into the fetus in the womb as early as the first trimester of pregnancy and get into its developing organs, including its liver, lungs, and brain.

Black carbon is a sooty black material released into the air from internal combustion engines, coal-fired power plants, and other sources that burn fossil fuel. It is a major component of particulate matter (PM), which is an air pollutant. The mechanisms by which these very small particles (nanoparticles) cause well-known health problems are poorly understood, although in part due to the chemicals they are coated with during combustion.

Previous studies by the Hasselt University team found that black carbon nanoparticles get into the placenta, but there was no solid evidence that these particles then entered the fetus.

This latest study is the first time this has been shown to occur and the team behind the study say the findings are very worrying.

Professor Tim Nawrot said, “We know that exposure to air pollution during pregnancy and infancy has been linked with still birth, preterm birth, low weight babies and disturbed brain development, with consequences persisting throughout life.”

“We show in this study that the number of black carbon particles that get into the mother are passed on proportionally to the placenta and into the baby. This means that air quality regulation should recognize this transfer during gestation and act to protect the most susceptible stages of human development.”

To answer the question of whether these particles travel from the placenta to the fetus, Professor Nawrot linked up with Professor Paul Fowler whose team studies first and second trimester human fetuses.

Professor Fowler said, “We all worried that if nanoparticles were getting into the fetus, then they might be directly affecting its development in the womb. What we have shown for the first time is that black carbon air pollution nanoparticles not only get into the first and second trimester placenta, but then also find their way into the organs of the developing fetus, including the liver and lungs.

“What is even more worrying is that these black carbon particles also get into the developing human brain. This means that it is possible for these nanoparticles to directly interact with control systems within human fetal organs and cells.”

The study authors conclude that now it is known that the developing baby in the womb is directly exposed to black carbon air pollution particles, uncovering the mechanisms involved in health risks has become even more urgent.


Citation:
Babies have air pollution particles in their lungs and brains before they take their first breath (2022, October 6)