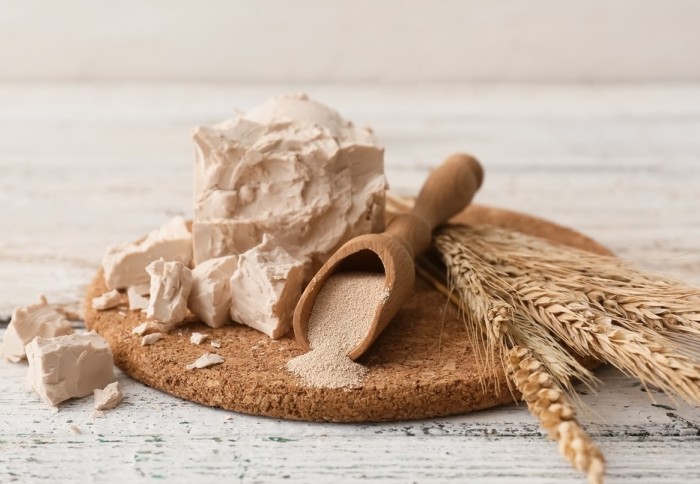 Scientists from the UK and Singapore have successfully engineered common baker’s yeast to produce a key ingredient for dementia medicines.

By editing the genome of yeast, researchers from Imperial College London and National University of Singapore (NUS) were able to convert the friendly fungi into bio-factories to produce a chemical compound called D-lysergic acid (DLA).

DLA is an alkaloid used in medicines to treat dementia and Parkinson’s disease, as well as migraines and other neurological conditions. It is estimated that 10 to 15 tons of the compound are produced each year to meet the global demand for such medications.

Currently, DLA is obtained from extracts of ergot—a parasitic fungus which causes disease in crops such as wheat and rye. However, cultivation of the ergot fungus for medicine is not sustainable as industrial agriculture is one of the largest contributors to carbon emissions worldwide.

In a proof-of-concept study, published in the journal Nature Communications, researchers trialed an alternative way of producing DLA, by using yeast.

Yeasts have been used for thousands of years to produce the ethanol and flavor-enhancing compounds in beer, wine and bread. But the microbes have also been extensively studied by scientists and baker’s yeast (Saccharomyces cerevisiae) was one of the first cellular organisms to have its genome sequenced, making it an ideal model for genetic engineering for producing a variety of compounds.

The project was a collaboration between Imperial and NUS, which involved Ph.D. students spending two years working at each institution to develop the approach. The team isolated the genes required for producing DLA from ergot fungus and inserted many variations of them into the genome of baker’s yeast to obtain a yeast cell that could produce DLA.

Through the same fermentation process used to make beer and bread, these modified fungal factories were then able to feed on sugar to produce DLA—producing just under 2mg of the compound in a 1L reactor.

According to the researchers, while the volumes produced in the study are small, the approach could be scaled up to industrial levels, enabling the yeast produce tons of the compound each year.

Professor Paul Freemont, from the Department of Infectious Disease at Imperial College London, and co-lead Principal Investigator of the study, said that “yeast has been a key part of human civilization for thousands of years, helping us to make bread and brew beer. But our relationship with this familiar microbe is evolving. Through this exciting collaboration we have been able to harness fungal cells to act as miniature factories to produce the raw compounds for medicines.”

“This is an example of how something seemingly small and inconsequential has the potential to change human lives, providing the drugs which will enable us to age better and reduce the environmental impact of industrial drug production.”

Associate Professor Yew Wen Shan from the Department of Biochemistry at NUS Medicine and the co-lead Principal Investigator of the study, said that “it is possible to produce up to five tons of DLA annually using the current yeast strain; and with further optimisation, commercial production levels could be attainable. This research builds upon the growing body of work that use microbes such as yeast for the sustainable production of medicine and functional food ingredients.”