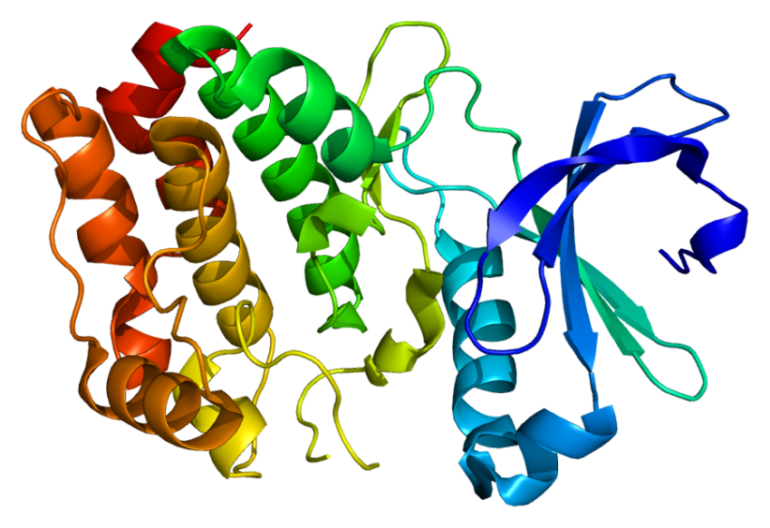 During cell division, the duplicated DNA must be split equally between two identical ‘daughter’ cells. If this does not occur correctly, then health problems such as cancer can arise.

The division process relies on a major class of enzymes known as kinases, which work by modifying other proteins to switch them on and off by adding a chemical group called a phosphate. The main kinase that controls cell division is Cyclin B-CDK1.

A team of researchers, led by Dr. Adrian Saurin at the University’s School of Medicine, have uncovered an entirely new function for this kinase that, surprisingly, does not depend on its kinase activity.

“We found that Cyclin B has a crucial role in activating a checkpoint that stops division until the cell is ready to divide correctly,” said Dr. Saurin. “This is important because otherwise the new daughter cells would have an unequal DNA content, a very common feature of cancer cells.

“What surprised us most is that the main kinase did this without adding a phosphate group onto proteins, so it works in a completely different way. We found instead that Cyclin B works as a scaffold to pull one of the main checkpoint proteins to the right place of the cell at the right time.

“We go on to show that this makes the checkpoint strong, which is an important new part of the puzzle that helps to explain how cells divide correctly. It may also give us some clues in the future about how cancer cells divide incorrectly.

“Cancer cells evolve quickly by dividing with errors. Weakening the checkpoint may be one way they do this.

“The research has given us ideas for new experiments that could eventually lead to an understanding of cancer, but it is too early to say this is going to open doors for new forms of treatment.”

The research is published in The EMBO Journal.

Disparities in contraception use between women with and without diabetes persist

Provided by
University of Dundee