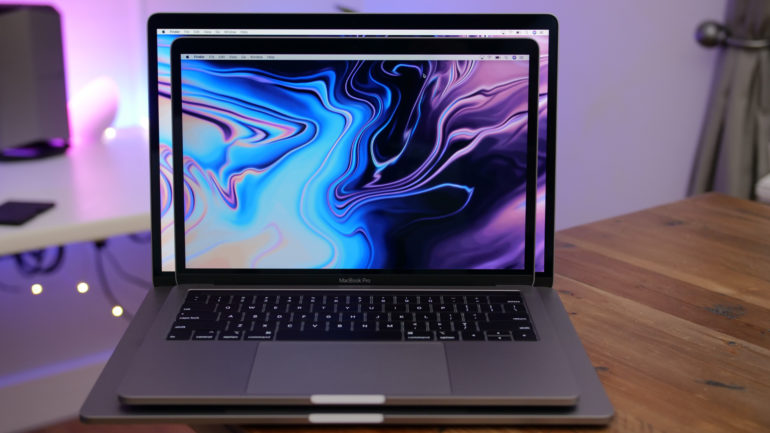 Apple today announced the surprise launch of new 13 and 15-inch MacBook Pro models, which are the fastest Mac notebooks ever at the top of the line. The updated machines feature Intel’s 8th and 9th-generation processors, with high-end models featuring eight cores for the first time.

Aside from new processors, the updated MacBook Pro machines continue to feature the same design, despite rumors that Apple would introduce a 16 to 16.5-inch MacBook Pro in 2019. There are some internal updates, though.

Though not mentioned in the press release, The Loop confirms that the new machine has an updated keyboard. The new keyboard uses a new material that Apple says will cut down on the failure problems that users have seen.

Another change in the newest MacBook Pro computers is with the keyboard. While Apple says the vast majority of its customers are happy with the keyboard, they do take customer complaints seriously, and work to fix any issues.

To address the problem, Apple said they changed the material in the keyboard’s butterfly mechanism that should substantially reduce problems that some users have seen.

Apple did not explain what the “new materials” in the butterfly keyboard are, but said that the update will significantly cut down on issues like double key presses and missed key presses….