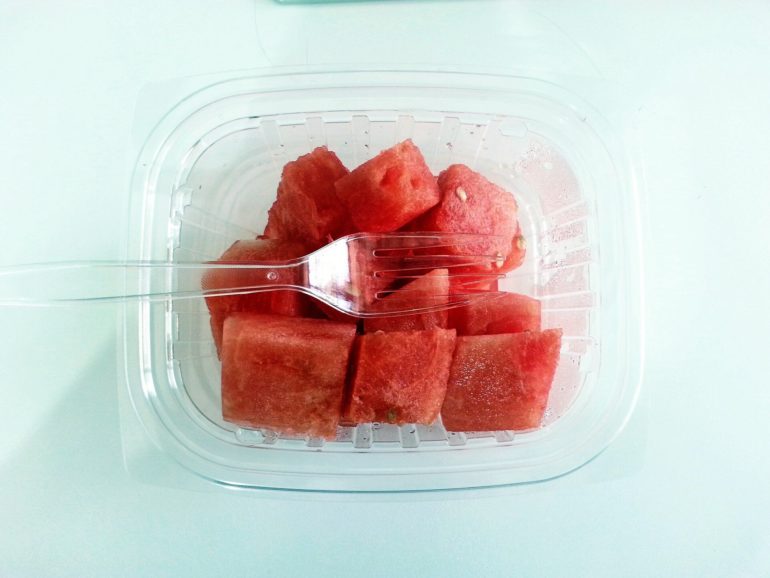 Daily exposure chemicals called phthalates, used in the manufacture of plastic food containers and many cosmetics, may lead to roughly 100,000 premature deaths among older Americans each year, a new study shows. The resulting annual economic burden is between $40 billion and $47 billion, a value more than quadruple that of previous estimates.

For decades, phthalates have been shown to pose a potential danger to human health because the chemicals can interfere with the function of hormones, signaling compounds made in glands that circulate to influence processes throughout the body, experts say. Exposure is believed to occur through buildup of these toxins as consumer products break down and are ingested, with exposure linked to obesity, diabetes, and heart disease.

Led by researchers at NYU Grossman School of Medicine, the new investigation of more than 5,000 adults between the ages of 55 and 64 showed that those with the highest concentrations of phthalate in their urine were more likely to die of heart disease than those with lesser exposure.

Similarly, Americans in this high-exposure group were more likely to die of any cause than those in low-exposure groups. However, high levels of the toxins did not appear to increase risk of death due to cancer.

Trasande cautions that the new study does not establish a direct cause and effect association between phthalate exposure and early deaths, in part because the specific biological mechanism that would account for the connection remains unclear. The study investigators say they plan to further study the role these chemicals may play in hormone regulation and inflammation in the body.

However, according to Trasande, the Jim G. Hendrick MD Professor at NYU Langone Health, the new results add to mounting evidence of societal costs related to continued heavy exposure to the chemicals. For example, past research has linked more than 10,000 deaths a year to lowered testosterone levels in adult men attributed to phthalate exposure. These deaths cost Americans nearly $9 billion in lost economic productivity.

To see if there were similar mortality and economic costs from other disorders, the new study, publishing online Oct. 12 in the journal Environmental Pollution, was designed to further examine links between phthalate exposure and deaths of all causes in the U.S. and quantify the resulting economic costs, according to Trasande.

For the investigation, the research team analyzed data including phthalates found in urine samples obtained from adults who participated in the U.S. National Health and Nutrition Survey from 2001 to 2010. The researchers limited their analysis to those whose cause of death had been tracked through 2015. In addition, they focused on a subgroup of Americans between 55 and 64, since previous studies had based estimates of phthalate-driven death in this population. This way, the team could accurately compare their study results to the prior estimates.

The study investigators also used data from the U.S. Centers for Disease Control and Prevention Wonder database, the U.S. Census Bureau, and models from earlier studies to estimate the economic cost of early death for this group.

“Our research suggests that the toll of this chemical on society is much greater than we first thought,” says Trasande, who also serves as director of the NYU Langone’s Center for the Investigation of Environmental Hazards. “The evidence is undeniably clear that limiting exposure to toxic phthalates can help safeguard Americans’ physical and financial well-being.”