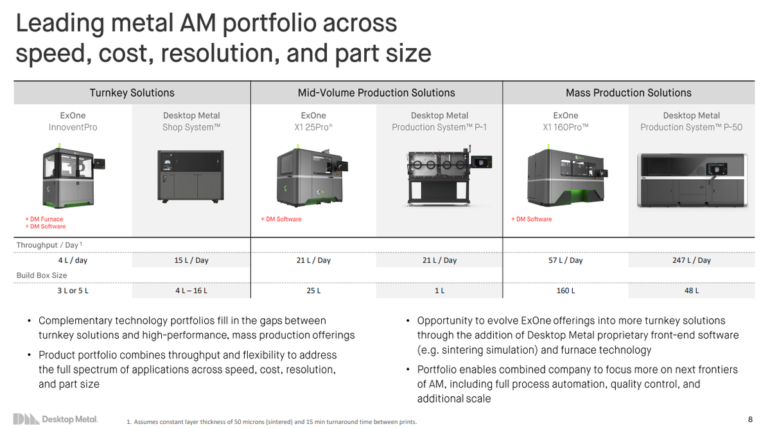 Desktop Metal went public in a special purpose acquisition company deal and has expanded into health care and other markets. Desktop Metal has been growing rapidly with second quarter sequential sales growth of 68% to $19 million. Desktop Metal reported a second quarter net loss of $43.2 million, The company has been using its capital to acquire companies such as Aerosint, Adaptive3D and Beacon Bio.

With ExOne, Desktop Metal will add sales heads, technology and a distribution network of more than 200 channel partners. The additional scale will enable Desktop Metal to compete with bigger rivals such as 3D Systems and Stratasys.

Here’s an interview with Desktop Metal CEO Ric Fulop on the company’s plans.