A 3D approach to protecting biodiversity on the high seas 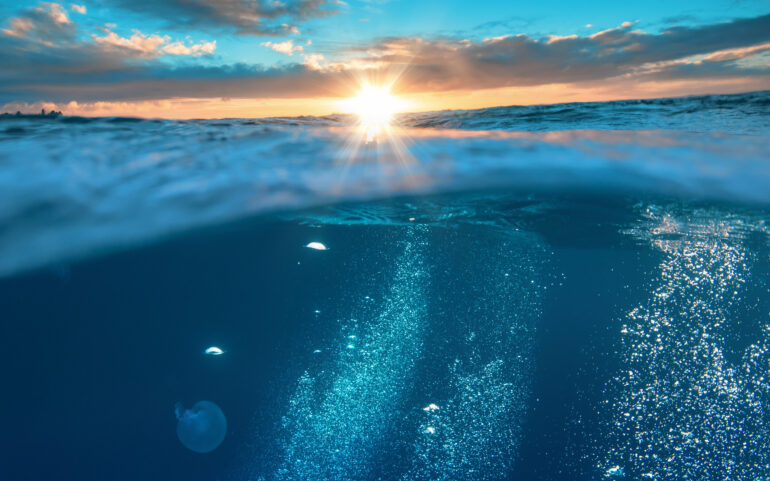 A three-dimensional approach to marine conservation could help expand protected ocean areas by up to 30% this decade, according to international researchers.

Dr. Issac Brito-Morales helped develop the strategy while at The University of Queensland and said it could help conservationists and governments assess the biodiversity of our oceans in unprecedented detail.

“We need to stop thinking about the world as a two-dimensional map when it comes to conservation,” Dr. Brito-Morales said. “Our approach allows us to observe the world’s oceans in their full three dimensions, observing depth zones and the seafloor as different layers of our complex marine system.

“In the past, most marine protected areas were designated in shallow coastal areas—such as coral reefs—and considered the biodiversity in the water column and on the seafloor as one system. This may work in shallow marine environments, but in the open ocean, the surface can be many kilometers away from the sea floor—they’re completely different ecosystems.

“We’re attempting to conserve biodiversity in different depth zones while also observing how climate change is impacting each zone.”

The researchers hope the approach will help inspire the creation of larger, more detailed and effective marine protection areas. “By looking at the high seas, which make up 64% of the total ocean area, we’ve identified areas where species are less likely to migrate from as our oceans warm—think of them as climate change refuges,” Dr. Brito-Morales said. “These areas make up only about 6% of the high seas, but are home to a number of at-threat species, such as marine mammals, seabirds, sea turtles and many fish species.

“As the high seas are exploited by the world’s fisheries, we can use our detailed 3D models to avoid unnecessary economic disruption, while maximizing the protection of vulnerable species. Getting protection in these deep-sea refuges would be a promising start in protecting the world’s oceans.”

Currently, 71 countries including Australia have a goal of increasing marine protection targets to 30% of the world’s oceans by 2030. Senior UQ and CSIRO researcher Professor Anthony Richardson said the biggest challenge facing this effort was that most marine protected areas are within coastal zones inside the ‘marine borders’ or exclusive economic zones of each country.

“If we want to achieve the target without protection for high seas habitats, then marine protected areas would need to cover 75% of the area of these zones, which is an unlikely and expensive outcome,” Professor Richardson said. “So, protecting high seas habitat—or critical areas of it—is essential.

“The high seas are the least protected biome on the planet, with only 1.2% under some kind of protection and 0.7% fully protected while facing risks of overfishing, shipping, underwater cabling and proposed mining of the seafloor.

“If we don’t conserve these areas now, these threats will increasingly impact biodiversity.”


Citation:
A 3D approach to protecting biodiversity on the high seas (2022, April 5)