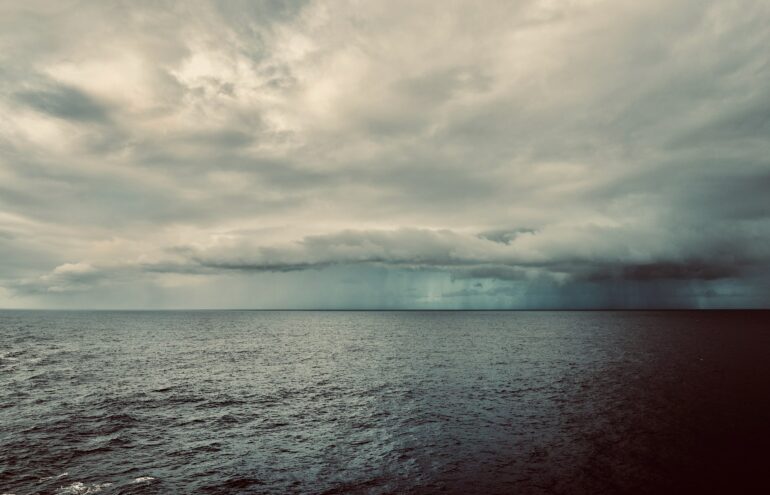 You’ve probably heard a lot about La Niña lately. This cool weather pattern is the main driver of heavy rain and flooding that has devastated much of Australia’s southeast in recent months.

You may also have heard of El Niño, which alternates with La Niña every few years. El Niño typically brings drier conditions to much of Australia.

Together, the two phases are known as the El Niño-Southern Oscillation—the strongest and most consequential factor driving Earth’s weather. And in recent years there has been much scientific interest in how climate change will influence this global weather-maker.

Our new research, released today in Nature Communications, sheds light on the question. It found climate change will clearly influence the El Niño-Southern Oscillation by 2030—in just eight years’ time. This has big implications for how Australians prepare for extreme weather events.

The El Niño-Southern Oscillation occurs across the tropical Pacific, and involves complex interplays between the atmosphere and the ocean. It can be in one of three phases: El Niño, La Niña or neutral.

During an El Niño phase, the central and eastern tropical Pacific Ocean warms significantly. This causes a major shift in cloud formation and weather patterns across the Pacific, typically leading to dry conditions in eastern Australia.

During a La Niña phase, which is occurring now, waters in the central and eastern tropical Pacific Ocean are cooler than average. The associated changes in weather patterns include higher than average rainfall over much of Australia.

When the oscillation is in the neutral phase, weather conditions hover around the long-term average.

Previous research has suggested El Niño and La Niña events may vary depending on where in the tropical Pacific the warm or cold ocean temperatures are located.

But climate change is also affecting ocean temperatures. So how might this play into El Niño and La Niña events? And where might the resulting change in weather patterns be detected? These are the questions our research sought to answer.

We examined 70 years of data on the El Niño–Southern Oscillation since 1950, and combined it with 58 of the most advanced climate models available.

We found the influence of climate change on El Niño and La Niña events, in the form of ocean surface temperature changes in the eastern Pacific, will be detectable by 2030. This is four decades earlier than previously thought.

Scientists already knew climate change was affecting the El Niño–Southern Oscillation. But because the oscillation is itself so complex and variable, it’s been hard to identify where the change is occurring most strongly.

However, our study shows the effect of climate change, manifesting as changes in ocean surface temperature in the tropical eastern Pacific, will be obvious and unambiguous within about eight years.

So what does all this mean for Australia? Warming of the eastern Pacific Ocean, fuelled by climate change, will cause stronger El Niño events. When this happens, rain bands are drawn away from the western Pacific where Australia is located. That’s likely to mean more droughts and dry conditions in Australia.

It’s also likely to bring more rain to the eastern Pacific, which spans the Pacific coast of Central America from southern Mexico to northern Peru.

Strong El Niño events are often followed by strong and prolonged La Niñas. So that will mean cooling of the eastern Pacific Ocean, bringing the rain band back towards Australia—potentially leading to more heavy rain and flooding of the kind we’ve seen in recent months.

Weather associated with El Niño and La Niña has huge implications. It can affect human health, food production, energy and water supply, and economies around the world.

Our research suggests Australians, in particular, must prepare for more floods and droughts as climate change disrupts the natural weather patterns of the El Niño-Southern Oscillation.

Our findings should be incorporated into policies and strategies to adapt to climate change. And crucially, they add to the weight of evidence pointing to the urgent need to reduce greenhouse gas emissions to stabilize Earth’s climate.