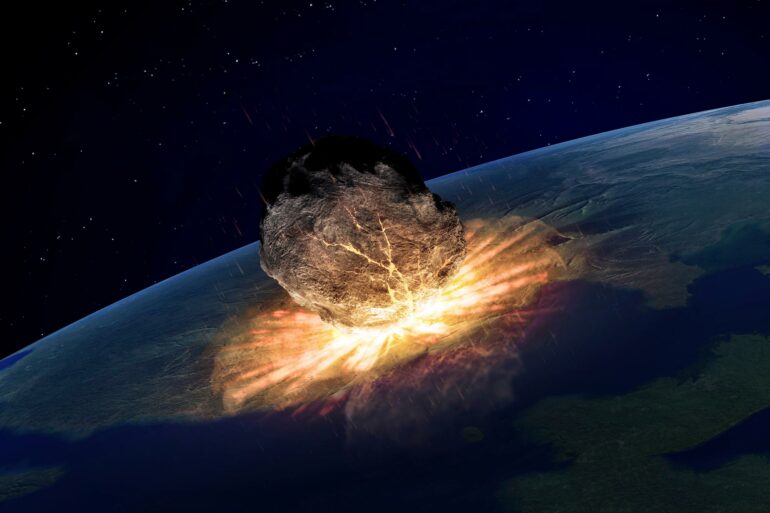 An ancient bout of global warming 56 million years ago that acidified oceans and wiped-out marine life had a milder effect in the Gulf of Mexico, where life was sheltered by the basin’s unique geology—according to research by the University of Texas Institute for Geophysics (UTIG).

Published in the journal Marine and Petroleum Geology, the findings not only shed light on an ancient mass extinction, but could also help scientists determine how current climate change will affect marine life and aid in efforts to find deposits of oil and gas.

And although the Gulf of Mexico is very different today, UTIG geochemist Bob Cunningham, who led the research, said that valuable lessons can be drawn about climate change today from how the Gulf was impacted in the past.

“This event known as the Paleocene-Eocene Thermal Maximum or PETM is very important to understand because it’s pointing towards a very powerful, albeit brief, injection of carbon into the atmosphere that’s akin to what’s happening now,” he said.

Cunningham and his collaborators investigated the ancient period of global warming and its impact on marine life and chemistry by studying a group of mud, sand, and limestone deposits found across the Gulf.

They sifted through rock chips brought up during oil and gas drilling and found an abundance of microfossils from radiolarians—a type of plankton— that had surprisingly thrived in the Gulf during the ancient global warming. They concluded that a steady supply of river sediments and circulating ocean waters had helped radiolarians and other microorganisms survive even while Earth’s warming climate became more hostile to life.

“In a lot of places, the ocean was absolutely uninhabitable for anything,” said UTIG biostratigrapher Marcie Purkey Phillips. “But we just don’t seem to see as severe an effect in the Gulf of Mexico as has been seen elsewhere.”

The reasons for that go back to geologic forces reshaping North America at the time. About 20 million years before the ancient global warming, the rise of the Rocky Mountains had redirected rivers into the northwest Gulf of Mexico—a tectonic shift known as the Laramide uplift—sending much of the continent’s rivers through what is now Texas and Louisiana into the Gulf’s deeper waters.

When global warming hit and North America became hotter and wetter, the rain-filled rivers fire-hosed nutrients and sediments into the basin, providing plenty of nutrients for phytoplankton and other food sources for the radiolarians.

The findings also confirm that the Gulf of Mexico remained connected to the Atlantic Ocean and the salinity of its waters never reached extremes—a question that until now had remained open. According to Phillips, the presence of radiolarians alone—which only thrive in nutrient-rich water that’s no saltier than seawater today—confirmed that the Gulf’s waters did not become too salty. Cunningham added that the organic content of sediments decreased farther from the coast, a sign that deep currents driven by the Atlantic Ocean were sweeping the basin floor.

The research accurately dates closely related geologic layers in the Wilcox Group (a set of rock layers that house an important petroleum system), a feat that can aid in efforts to find undiscovered oil and gas reserves in formations that are the same age. At the same time, the findings are important for researchers investigating the effects of today’s global warming because they show how the water and ecology of the Gulf changed during a very similar period of climate change long ago.

The study compiled geologic samples from 36 industry wells dotted across the Gulf of Mexico, plus a handful of scientific drilling expeditions including the 2016 UT Austin-led investigation of the Chicxulub asteroid impact, which led to the extinction of non-avian dinosaurs.

Study: Humans responsible for over 90% of world’s oil slicks

For John Snedden, a study coauthor and senior research scientist at UTIG, the study is a perfect example of industry data being used to address important scientific questions.

“The Gulf of Mexico is a tremendous natural archive of geologic history that’s also very closely surveyed,” he said. “We’ve used this very robust database to examine one of the highest thermal events in the geologic record, and I think it’s given us a very nuanced view of a very important time in Earth’s history.”