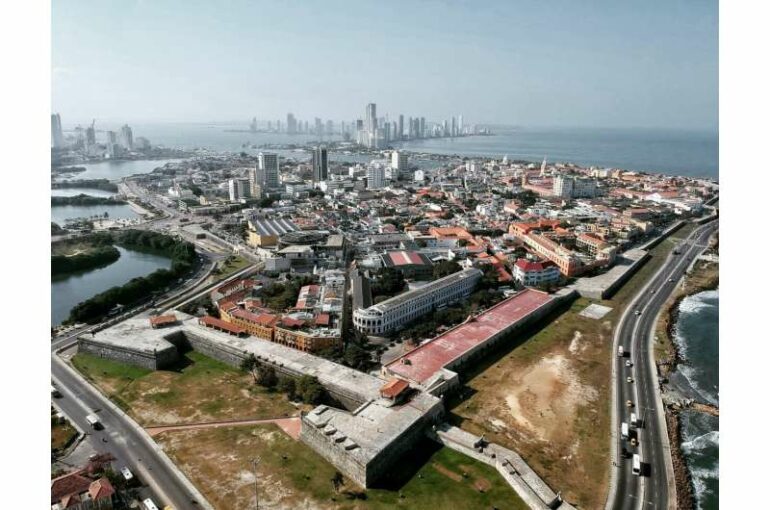 A rapid rate of land subsidence could make sea level rise estimates worse for one of Colombia’s tourist destinations. This could serve as a warning sign to other coastal cities.

FIU geophysics professor Shimon Wdowinski, Juan Restrepo-Ángel from EAFIT University in Colombia and a team of international scientists found Cartagena on the Caribbean Sea is experiencing serious subsidence with some areas subsiding at rates up to almost half an inch a year. Combined with the effects of rising seas due to the climate crisis, increased coastal flooding and erosion, this degree of subsidence could make matters much worse.

“So far, coastal flooding has occurred mainly due to storm surge, but with rising sea level and coastal subsidence, we expect an increasing frequency of flood events,” Wdowinski said. “It is clear subsidence poses a major threat to Cartagena’s preservation.”

Subsidence is a naturally occurring, common, very slow movement of the ground that happens through the accumulation of sediment from mud or volcanoes, as well the vertical movement of the earth’s crust. Few studies have examined subsidence in relation to sea level rise. However, subsidence information is critical to making more accurate flooding predictions.

Subsidence can be observed using InSAR, a special radar technology widely used to detect and monitor surface changes of land, glaciers and water levels in wetlands. It also monitors changes brought on by processes that could lead to land subsidence. Using InSAR data, the team found that between 2014-2020 there was a total subsidence rate of up to 2.8 inches in Cartagena.

The study’s authors point out future planning or development must implement consistent subsidence measurements and modeling across the city. This advice is beneficial for policymakers in Cartagena—and even for other coastal cities facing the same conundrum of rising seas and subsidence, including Miami.

“This is a question other coastal cities are going to face—how do we reimagine these cities in the century of rising seas,” Wdowinski said. “Humans can’t stop land subsidence, but we hope this paper encourages people to play a role in slowing the rate of sea level rise by doing what they can, namely reducing carbon emissions.”

An expert in space geodesy, natural hazards and sea level rise Wdowinski is part of the FIU Institute of Environment and the Department of Earth and Environment. He has conducted research on land subsidence in other parts of the world, including Miami Beach, Mexico City and Norfolk, Va.

The results were published in Scientific Reports.

Study finds that leaks are an untapped opportunity for water savings