Southern Ocean takes on the heat of climate change 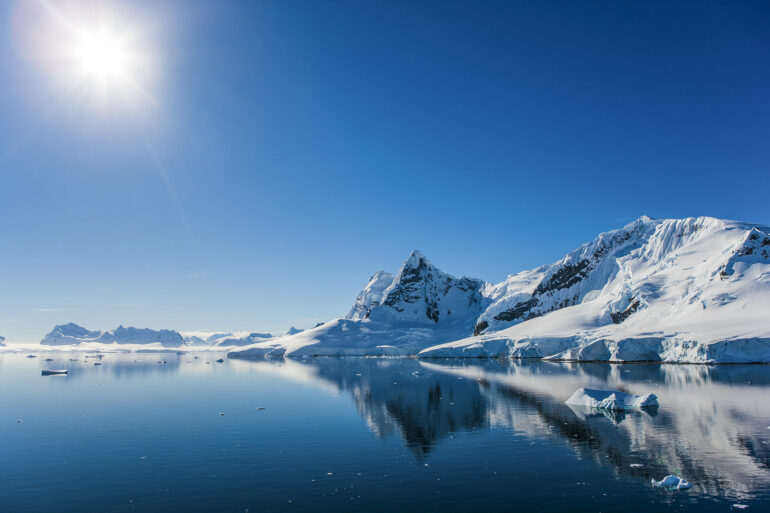 In the past 50 years, the oceans have absorbed more than 90% of the excess heat caused by our carbon dioxide emissions, with one ocean absorbing the vast majority.

“The Southern Ocean dominates this ocean heat uptake, due in part to the geographic set-up of the region,” said UNSW Ph.D. candidate Maurice Huguenin, the lead author of the new study published today in Nature Communications.

“These winds influence how the waters absorb heat, and around Antarctica they can exert this influence while remaining uninterrupted by land masses—this is key to the Southern Ocean being responsible for pretty much all of the net global ocean heat uptake,” he said.

Mr Huguenin said that these winds blow over what is effectively an infinite distance—cycling uninterrupted at southern latitudes—which continuously draws cold water masses to the surface. The waters are pushed northward, readily absorbing vast quantities of heat from the atmosphere, before the excess heat is pumped into the ocean’s interior around 45–55°S.

But, while ocean warming helps slow the pace of climate change, it is not without cost said co-author Professor Matthew England at UNSW Science and Deputy Director of ACEAS.

“Sea levels are rising because heat causes water to expand and ice to melt. Ecosystems are experiencing unprecedented heat stress, and the frequency and intensity of extreme weather events is changing,” Prof. England said.

“We still have a lot to learn about ocean warming beyond the 50 years highlighted in our study,” Mr Huguenin added.

“All future projections, including even the most optimistic scenarios, predict warmer oceans in the future.”

“If the Southern Ocean continues to account for the vast majority of heat uptake until 2100, we might see its warmth increase by up to seven times more than what we have already seen up to today.”

Prof. England said this will have an enormous impact around the globe including disturbances to the Southern Ocean food web, rapid melting of Antarctic ice shelves and changes in the conveyor belt of ocean currents.

The scientists used a novel experimental approach to find exactly where excess heat is taken up by the oceans and where it ends up after absorption. This was previously difficult to detect due to relatively sparse and short-lived measurement records.

The team ran a model with atmospheric conditions fixed in the 1960s—prior to any significant human-caused climate change. They then compared this model to others in which the oceans experience the past 50 years of climate change one ocean basin at a time. The results revealed that the Southern Ocean is the most important absorber of greenhouse gas-trapped heat and that its circulation—driven by winds—is uniquely set up to force this excess heat into the ocean interior.

To better understand how Southern Ocean heat uptake continues to evolve, the scientists call for ongoing monitoring of this remote ocean—including the deployment of additional deep-reaching Argo floats, which are pivotal for tracking ocean heat content. They also stress the urgency of reducing greenhouse gas emissions.

“The less carbon dioxide we emit into the atmosphere, the less ocean change and sea-level rise we will lock in,” the authors said.

“This can help limit the level of adaptation required by the billions of people living near the ocean, by minimizing the detrimental impacts of ocean warming on both sea-level and their primary food source.”