People think they should talk less to be liked, but new research suggests you should speak up in conversations with strangers 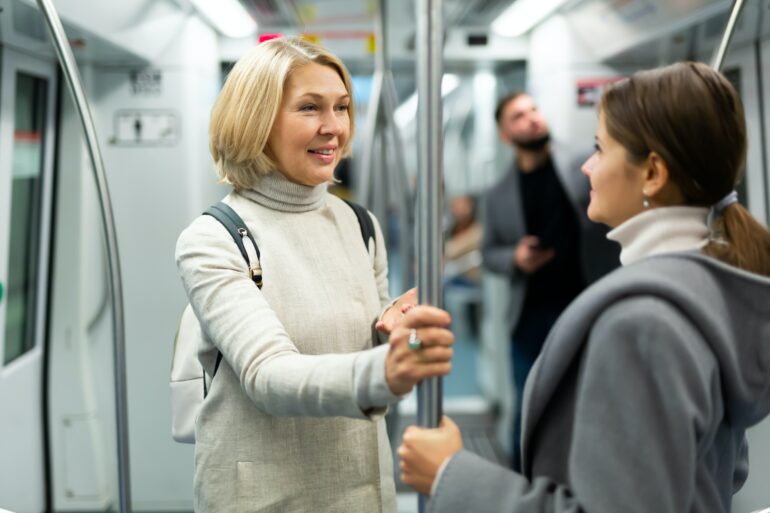 In conversations with strangers, people tend to think they should speak less than half the time to be likable but more than half the time to be interesting, according to new research my colleagues Tim Wilson, Dan Gilbert and I conducted. But we’ve also discovered this intuition is wrong. Our paper, recently published in the journal Personality and Social Psychology Bulletin, sheds light on the prevalence of these beliefs and how they are mistaken in two ways.

First, we found that people tend to think they should speak about 45% of the time to be likable in a one-on-one conversation with someone new. However, it appears speaking up a bit more is actually a better strategy.

In our study, we randomly assigned people to speak for 30%, 40%, 50%, 60% or 70% of the time in a conversation with someone new. We found that the more participants spoke, the more they were liked by their new conversation partners. We call the mistaken belief that being quieter makes you more likable a “reticence bias.”

This was only one study with 116 participants, but the outcome aligns with other researchers’ prior findings. For example, a previous study randomly assigned one participant in a pair to take on the role of “speaker” and the other to take on the role of “listener.” After engaging in 12-minute interactions, listeners liked speakers more than speakers liked listeners because listeners felt more similar to speakers than speakers did to listeners. This outcome suggests one reason people prefer those who speak up: Learning more about a new conversation partner can make you feel like you have more in common with them.

The second mistake we found people make is failing to recognize that their new conversation partners will form global impressions of them that are not extremely nuanced. In other words, people are unlikely to walk away from a chat with someone new thinking that their interaction partner was quite interesting but not very likable. Rather, they are likely to form a global impression – for example, a generally positive impression, in which they view their partner as both interesting and likable.

For these reasons, our new research suggests that, all else being equal, you should speak up more than you typically might in conversations with new people in order to make a good first impression.

Many people want to know how to make a good first impression, as evidenced by the enduring popularity of related self-help books.

But because such books are not always based on empirical evidence, they can lead people astray with unfounded claims such as this advice from “How to Win Friends and Influence People”: “Remember that the people you are talking to are a…