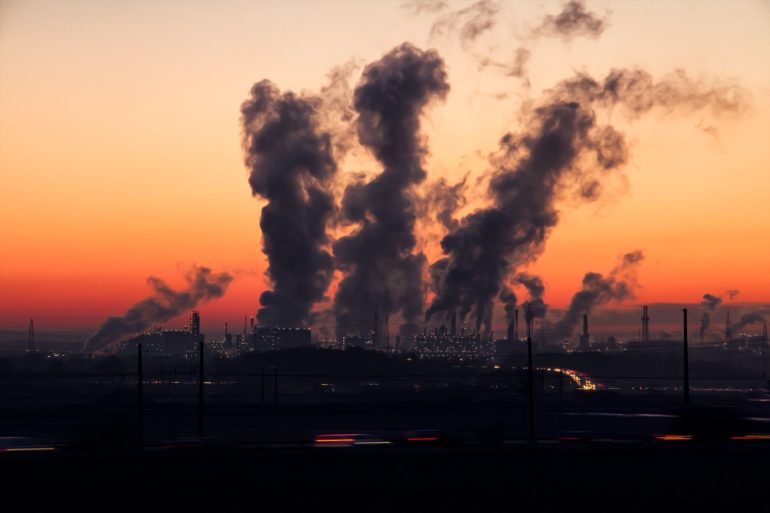 Fine particle pollution may be one reason why Black women have double the risk of developing Alzheimer’s than white women, suggests new research from the Keck School of Medicine of USC.

For decades, research has shown the risk for developing Alzheimer’s disease in the United States is dramatically higher among African American populations than in non-Hispanic white populations. Scientists have suspected a variety of contributing factors, but the underlying reasons have remained unclear.

Now, a new study in The Journals of Gerontology, conducted in collaboration with researchers across the country, points to environmental neurotoxins—specifically, ambient fine particles in the air known as PM2.5—as possible culprits in the disproportionate number of African American, particularly Black women, affected by dementia.

“Data increasingly show that older people are more likely to develop dementia if they live in locations with high PM2.5, and African American populations are more likely to live in neighborhoods near polluting facilities—like power-generating and petrochemical plants—that emit the particulate matter,” said corresponding author Jiu-Chiuan Chen, MD, associate professor of population and public health sciences at the Keck School of Medicine of USC. “Our study demonstrates that older Black women live in locations with higher levels of PM2.5, and we ask whether their elevated exposure could account for the higher numbers of Alzheimer’s cases. The evidence does reveal a positive association.”

Chen and his colleagues report two major novel findings in their study, both with important implications. The first is that the increased risk of Alzheimer’s disease in older Black women may be partly explained by their elevated exposure to PM2.5; the second is that older Black women are more susceptible to its adverse effects.

“Our work offers the scientific community an important perspective on the study of dementia; namely, that we must have a greater awareness of environmental racism that can impact brain aging and disproportionately affect people of color,” Chen says. “There is also a key regulatory takeaway, which is that we have to continue enforcing the Clean Air Act, with its mandate to provide a safe margin for air quality that will protect the health of susceptible populations.”

The study grew out of a long-standing partnership between USC faculty and researchers with the Women’s Health Initiative Memory Study based at Wake Forest University. This research focused on studying Black women compared to non-Hispanic white women, because Black women carry the greatest burden of Alzheimer’s disease and related dementias in the US. As it begins to unravel the complexities of racial disparities in Alzheimer’s disease, the study also elucidates the need for future research.

“Our study suggests that PM2.5 may contribute to the difference in Alzheimer’s disease risk based on race, and we also demonstrated that older African American women may be more susceptible to the particulate matter, but we still don’t know why,” Chen says. “Why are these particles more neurotoxic to Black women than to non-Hispanic whites? Going forward, we plan to look for answers by studying the effects of things like nutrition and brain structure.”

When he was first recruited to USC in 2009, Chen set out to develop a new research program to study the health effects of air pollution exposure beyond its well-known impact on airways and lungs. “At the time, I was one of the first faculty members studying environmental influences on brain health,” Chen recalls. “Today, the university has several leading programs, funded by the National Institutes of Health, examining how air pollution exposures affect neurodevelopment and brain aging. An increasing number of USC faculty are trying to better understand whether and why air pollution can cause more damage to the human brains in minority populations or communities with social disadvantages. Our study is just the beginning of vital scientific work that needs to be done.”

Cleaning up the air could help prevent Alzheimer’s