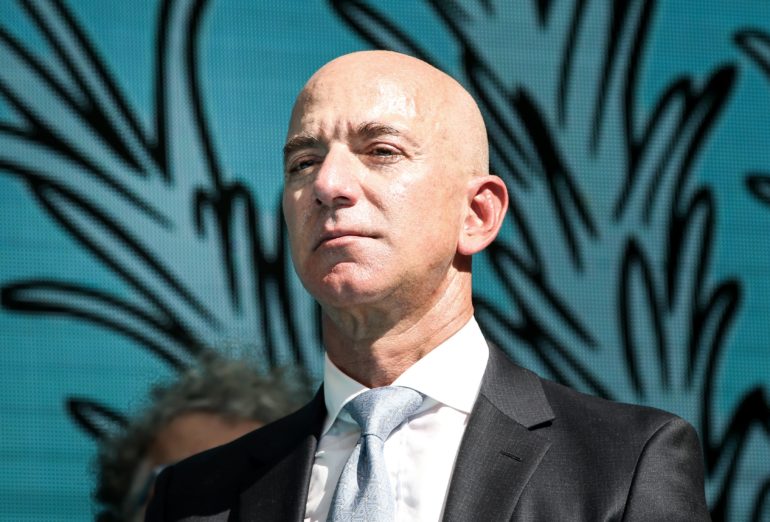 LONDON – Lawmakers in the European Union have written a letter to Amazon boss Jeff Bezos asking if his company is hiring intelligence agents to spy on politicians, trade unionists, and members of staff.

Authored by Leïla Chaibi, a French politician from the La France Insoumise party, the letter was signed by 36 MEPs (Members of European Parliament) from mostly left-wing and green parties across the EU.

“We wonder about your intentions with great concern: does Amazon’s monitoring intentionally target trade unionists, Amazon workers, as well as political representatives (including ourselves) who could possibly express criticism of its activities?” the letter reads.

The letter comes after Amazon deleted two job postings for “intelligence analysts,” ideally with French and Spanish language skills. According to the postings, the jobs involved monitoring various threats perceived by Amazon including trade unions and “hostile political leaders.”

“We are concerned about whether European trade unions, as well as local, national or European elected representatives, are affected by this approach to ‘threat monitoring’, which aims to repress collective action and trade union organizing,” the letter reads.

If hired, the analysts would have been charged with gathering information on any internal and external threats to Amazon and reporting the data to leaders across the organization.

The job ads said the analysts would be tasked with gathering intelligence on “sensitive topics that are highly confidential, including labor organizing threats against the company,” “funding and activities connected to corporate campaigns (internal and external) against Amazon,” as well as briefings on “dynamic situations” including protests, geopolitical crises and other topics “sensitive to human resources and employee relations.”

The roles, which were aimed at candidates with law enforcement or military experience, were both based in Phoenix, Arizona, and the hires would be part of Amazon’s Global Security Operation’s Global Intelligence Program.

An Amazon spokesperson told CNBC: “The job post was not an accurate description of the role — it was made in error and has since been corrected.”

Amazon pointed out that it doesn’t want staff to “spy” on third-party groups. Instead, the company said it wants analysts to look at publicly available information to understand the environment in which it operates.

Tensions between Amazon and warehouse workers

Amazon’s labor practices have been in focus before and during the coronavirus pandemic.

Beginning in March, tensions developed between Amazon and warehouse workers, with employees claiming the company hadn’t done enough to protect them from catching the coronavirus.

The company drew further criticism after, in April, it fired three employees who were outspoken critics of its labor practices. Amazon said it fired the employees after they violated internal policies.

Prior to the pandemic, it faced criticism from politicians and employees over a pay disparity between warehouse workers and corporate employees. Amazon later announced it would raise the minimum wage for all U.S. employees to $15. Last year, warehouse workers also held protests during Amazon’s annual Prime Day shopping event to shed light on concerns around working conditions and wage practices.

“We already have works councils and employee bodies at Amazon. The fact is we already offer excellent pay, excellent benefits and excellent opportunities for career growth, all while working in a safe, modern work environment,” an Amazon spokesperson said.

“At Amazon, these benefits and opportunities come with the job, as does the ability to communicate directly with the leadership of the company. We encourage anyone to compare our overall pay, benefits, and workplace environment to other retailers and major employers in the communities we operate in. For us, it will always be about providing a great employment experience through a direct connection with our employees and working together as a team to provide a world-class customer experience.”