How to debate a flat-Earther 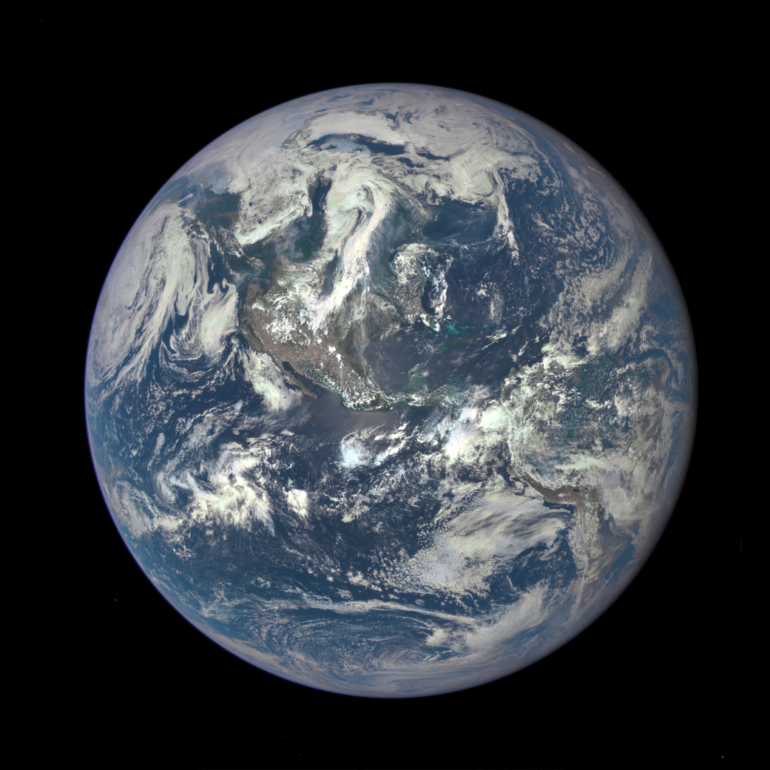 Paul M. Sutter is an astrophysicist at SUNY Stony Brook and the Flatiron Institute, host of Ask a Spaceman and Space Radio, and author of How to Die in Space.

A number of ancient cultures believed that the Earth was flat because, simply, they didn’t know any better. But today, there remain people who still believe that the Earth is flat, despite centuries of evidence proving the contrary.

So, why do people believe this, and is it even worth getting into a debate over?

Surprisingly, while there are mountains of proof, the discussion around the idea of a “flat Earth” has nothing at all to do with evidence at all.

To put it bluntly, we know more about the curvature of the Earth than almost any other topic in the realm of physical science. There are so many experiments, observations and demonstrations that have, time and time again, revealed the curve of the Earth.

And it all starts with the horizon.

As objects recede from you, they begin to look smaller and slowly disappear in a very unique way: first their bottoms become hidden, and then their tops. If you’ve ever watched a ship on the horizon, you’ve seen this for yourself. Similarly, from a great distance the tops of tall objects, like mountains, are visible well before their bases.

Earth’s atmosphere is capable of playing funny tricks on our eyes, with different layers of air bending light into interesting directions. This phenomenon, a side effect of Earth’s curvature, isn’t a sure-fire guarantee of our planet’s curve, but it’s a start.

But, even if you can’t look to the horizon for evidence, you can look up.

Different stars are visible from different parts of the Earth, in two very peculiar ways. First, there is the division between the northern and southern hemispheres. So, you can see Polaris, the star nearly directly above the north geographic pole of the Earth quite easily in northern latitudes.

But, as you travel south, approaching the equator, Polaris sinks lower and lower toward the horizon. Once you’ve crossed that boundary, you can’t see it at all — it’s blocked by the curve of the Earth in that direction.

Similarly, as you travel south, new constellations await your delighted gaze; ones that would be completely obscured by Earth’s curve if you stayed up north.

There’s another trick you can play, too. If you live in an especially flat area, you’ll be able to see stars down to the horizon, but no further (because the Earth is in your way). But if you travel up, say to the top of a mountain, you get a better vantage point and can see stars further down than when you could before.

In fact, the ninth century Abbasid Caliph al-Ma-mun sent an expedition to do exactly that, and used those observations to measure the circumference of the Earth.

You might not be able to mount such a scientific investigation to your nearest mountain peak. But there is something you can do to witness the curvature of the Earth in the comfort of your own backyard, You just have to be lucky.

During a lunar eclipse, the Earth passes between the sun and the moon, allowing the Earth to cast its shadow on the moon. That shadow is always, always always a circle, no matter where you are on the planet, no matter the timing of the eclipse. Always..

The only way to always cast a circular shadow is if the thing casting the shadow — in this case, the Earth — is a globe. It’s just a matter of geometry.

And that’s not to mention the countless photographs taken of Earth by orbiting satellites and eyewitness testimonies from astronauts hailing from dozens of different countries, space programs and private organizations.

Our curved Earth also aligns perfectly with all of physics.. Additionally, all of the other planets ever discovered also appear round, because that’s how gravity likes things.

If you use gravity to, say, trust your GPS to give you accurate positions and calculate trajectories, then that same force will form material the size of the Earth into a ball.

However, I don’t think this discussion is really about the actual evidence or the scientific process.

By claiming that the Earth is flat, people are really expressing a deep distrust of scientists and science itself.

So, if you find yourself talking to a flat Earther, skip the evidence and arguments, and ask yourself how you can build trust.

Learn more by listening to the episode “How do we know the Earth is curved?” on the Ask A Spaceman podcast, available on iTunes and on the Web at http://www.askaspaceman.com. Thanks to Asher F. for the questions that led to this piece! Ask your own question on Twitter using #AskASpaceman or by following Paul @PaulMattSutter and facebook.com/PaulMattSutter.