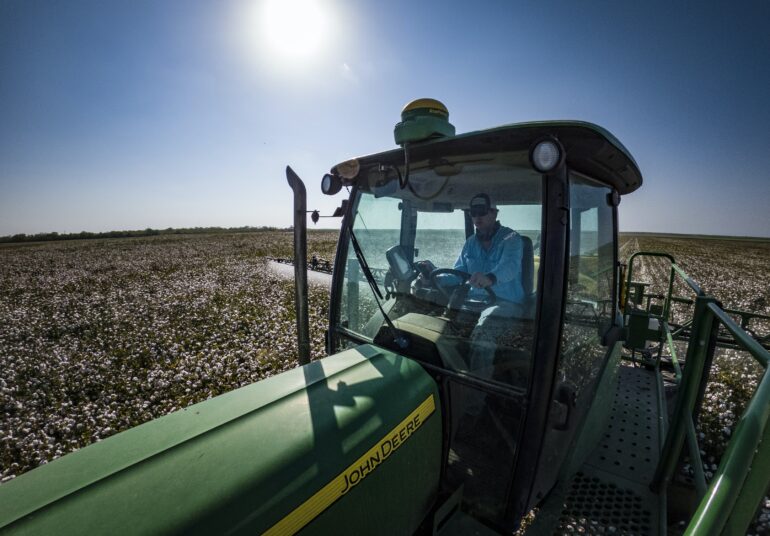 Farmers are adopting precision agriculture, using data collected by GPS, satellite imagery, internet-connected sensors and other technologies to farm more efficiently. While these practices could help increase crop yields and reduce costs, the technology behind the practices is creating opportunities for extremists, terrorists and adversarial governments to attack farming machinery, with the aim of disrupting food production.

Food producers around the world have been under increasing pressure, a problem exacerbated by the war in Ukraine and rising fuel and fertilizer costs. Farmers are trying to produce more food but with fewer resources, pushing the food production system toward its breaking point.

In this environment, it’s understandable that many U.S. farmers are turning to modern information technologies to support decision-making and operations in managing crop production. These precision agriculture practices lead to more efficient use of land, water, fuel, fertilizer and pesticides so that farmers can grow more, reduce costs and minimize their impact on the environment.

As researchers in cybersecurity and national security at the National Counterterrorism Innovation, Technology, and Education Center, we see cause for concern. The advent of precision farming comes at a time of significant upheaval in the global supply chain and as the number of foreign and domestic hackers with the ability to exploit this technology continues to grow.

Cyberattacks against agricultural targets are not some far-off threat; they are already happening. For example, in 2021 a ransomware attack forced a fifth of the beef processing plants in the U.S. to shut down, with one company paying nearly $11 million to cybercriminals. REvil, a Russia-based group, claimed responsibility for the attack.

Similarly, a grain storage cooperative in Iowa was targeted by a Russian-speaking group called BlackMatter, who claimed that they had stolen data from the cooperative. While previous attacks have targeted larger companies and cooperatives and aimed to extort the victims for money, individual farms could be at risk, too.

The integration of technologies into farm equipment, from GPS-guided tractors to artificial intelligence, potentially increases the ability of hackers to attack this equipment. And though farmers might not be ideal targets for ransomware attacks, farms could be tempting targets for hackers with other motives, including terrorists.

For example, an attacker could look to exploit vulnerabilities within fertilizer application technologies, which could result in a farmer…