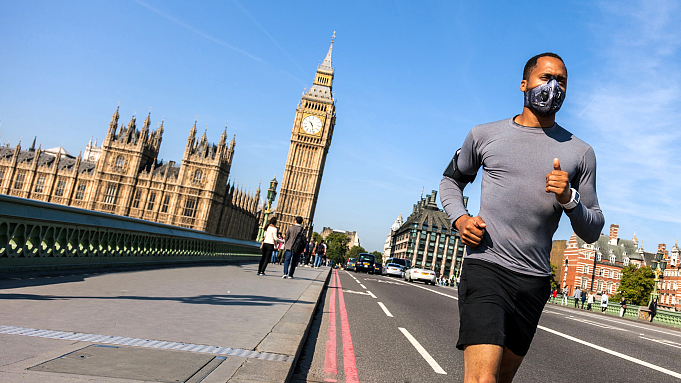 The latest drive to help halt the spread of Covid-19 has been criticised by senior scientists for placing insufficient emphasis on the issues of ventilation and the need to stay apart from others.

They say the government’s “hands, face, space” campaign stresses handwashing and the wearing of masks as key factors in controlling coronavirus transmission, while the need to keep apart has been downplayed, despite it being the single critical factor involved in the spread of Covid-19.

“As long as people keep emphasising handwashing over aerosol transmission and ventilation, you are not going to control this pandemic,” virologist Julian Tang, of Leicester Royal Infirmary, told the Observer.

He pointed to studies that suggest contact is the cause of transmission of the Covid-19 virus in only about 20% of cases while aerosol transmission, often in poorly ventilated rooms, accounted for the rest.

He was backed by the anthropologist Jennifer Cole, at Royal Holloway, University of London, who said the government’s recommendations had been placed in the wrong order.

“Space is the largest mitigating factor in the spread of Covid-19, indoors or outdoors. Wearing a face covering does not make it entirely safe to go within 2 metres of others; keeping your distance is still the best strategy,” she said. “Handwashing is important, but surface transmission plays a much smaller role than exhaled droplets, so it is odd that ‘hands’ has been listed first.”

Cole said this emphasis could lead to unnecessary concern over the likelihood of surface transmission from groceries, mail and other deliveries. At the same time, physical distancing was sometimes difficult in an indoor setting, she acknowledged. If so, people should simply not enter. “They should not just assume that a face covering and washing their hands will protect them if they do.”

This point was also emphasised by Tang. “The only thing that really works against this disease is keeping distant from other people. The trouble is that when a situation looks worrying, for instance on public transport, you can ramp up your precautions.

“The trouble comes when you relax – for example in the pub – and you don’t keep your distance and your friends shout loudly to be heard and the virus gets sprayed about. That is why we are getting outbreaks – because people are not keeping their distance and not applying rules as they might elsewhere.”

The failure to emphasise the critical importance of aerosol transmission was outlined in a letter to the World Health Organization, signed by several hundred scientists earlier this year. “Current guidance from numerous international and national bodies focuses on handwashing, maintaining social distancing, and droplet precautions but … do not recognise airborne transmission except for aerosol-generating procedures in healthcare settings.

“Handwashing and social distancing are appropriate, but in our view, insufficient to provide protection from virus-carrying respiratory microdroplets released into the air by infected people,” the letter states.

The WHO originally placed little importance on aerosol transmission, said Tang, but changed its guidelines in July in response to the letter and now recognises its importance, particularly in poorly ventilated spaces.

“Unfortunately, people are still not getting the message – that is why they have got that hand, face, space message the wrong way round. It should be space first – and by a long stretch. Then think about your hands and face. Until we get that right we are going to continue to be in trouble.”