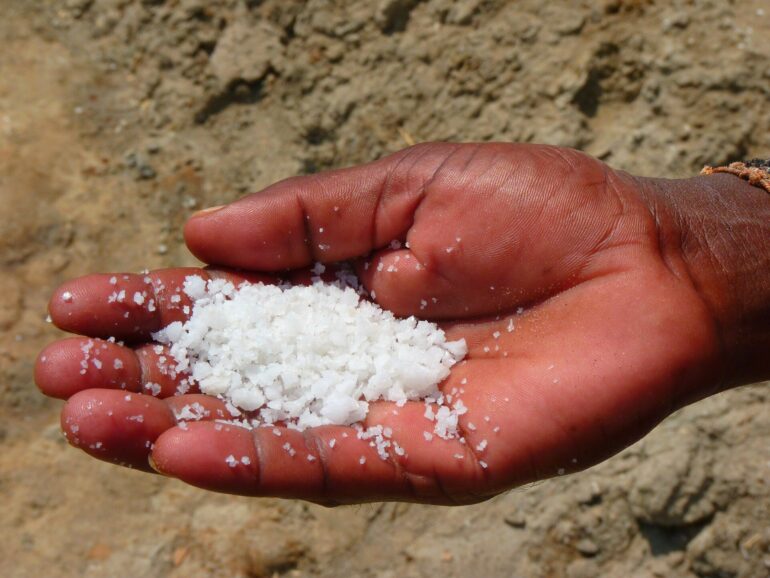 A modest cut of just 1 gram in daily salt intake could ward off nearly 9 million cases of heart disease and strokes and save 4 million lives by 2030, suggest the estimates of a modeling study published in the open access journal BMJ Nutrition Prevention & Health.

Salt intake in China is one of the highest in the world, averaging 11 g/day—over twice the amount recommended by the Chinese government. High salt intake drives up blood pressure and therefore the risk of cardiovascular disease, which accounts for 40% of all deaths in China every year.

The researchers set out to estimate the health gains that could be achieved by reducing salt intake across the nation, with the aim of helping to inform the development of a doable salt reduction program.

They compiled the latest and most reliable figures for population size, salt intake, blood pressure and disease rates by region and age and then estimated the impact on cardiovascular health for 3 different approaches.

The first of these was a 1 g/day reduction in salt intake to be achieved within 1 year. The second was the WHO’s interim target of a 30% reduction by 2025—equivalent to a gradual reduction of 3.2 g/day.

The third was reducing salt intake to less than 5 g/day by 2030, the target set by the Chinese government in its action plan for health and development, “Healthy China 2030.”

They then estimated the falls in systolic blood pressure—the higher number in a blood pressure reading that indicates the force at which the heart pumps blood around the body—and the subsequent risk of heart attacks/stroke and cardiovascular disease deaths.

Given that, on average, adults in China consume 11 g/day of salt, reducing this by 1 g/day should lower average systolic blood pressure by about 1.2 mmHg. And if this reduction were achieved in a year and sustained, some 9 million cases of heart disease and stroke could be prevented by 2030—4 million of them fatal.

Keeping this up for another 10 years could add up to around 13 million cases of heart attack and strokes avoided—6 million of them fatal.

Achieving the WHO’s interim target by 2025 would require a 3.2 g/day fall in salt intake. Were this to be maintained for another 5 years, a cumulative total of about 14 million cases of heart disease and strokes could be prevented by 2030—6 million of them fatal.

And if kept up until 2040, the cumulative total could reach around 27 million cases, 12 million of them fatal.

Achieving the “Healthy China 2030” target would require a 6 g/day reduction in salt intake, reducing average systolic blood pressure by just over 7 mmHg, adding up to 17 million cases of heart disease and strokes prevented—8 million of them fatal.

The benefits of a reduction in dietary salt intake would apply to men and women of all ages across China, say the researchers.

There might also be additional health benefits, which the lack of relevant data didn’t allow the researchers to estimate: these include secondary prevention of cardiovascular disease and reductions in cases of chronic kidney disease and stomach cancer, rates of which are already high or rising in China, they suggest.

“The Chinese government’s action plan ‘Healthy China 2030’ includes nutritional recommendations to reduce the intake of salt, sugar and oil. This modeling study shows that salt reduction alone could bring enormous health benefits to the entire population of China,” say the researchers, adding that a 1 g daily reduction in intake “would be easily achievable.”

But they highlight that their “estimates rely on salt reductions to not only be achieved, but also sustained over time, which may be a great challenge given the fast-changing dietary patterns seen in China given its rapid urbanization.”

Study finds that Nordic diet lowers cholesterol and blood sugar, even if you don’t lose weight

“Modeling studies like this one provide an indicator of how specific dietary changes have the potential to alter the course of diet related disease,” comments Shane McAuliffe, Science and Digital Communications Lead at the NNEdPro Global Centre for Nutrition and Health, which co-owns the journal.

“Given the established dose-response relationship between salt intake, systolic blood pressure and cardiovascular disease, reducing the intake of one of the highest global consumers would have a significant impact on population health—something that has already been achieved in other countries worldwide,” he adds.