Risk of electrocution from electric cars reduced with new technology 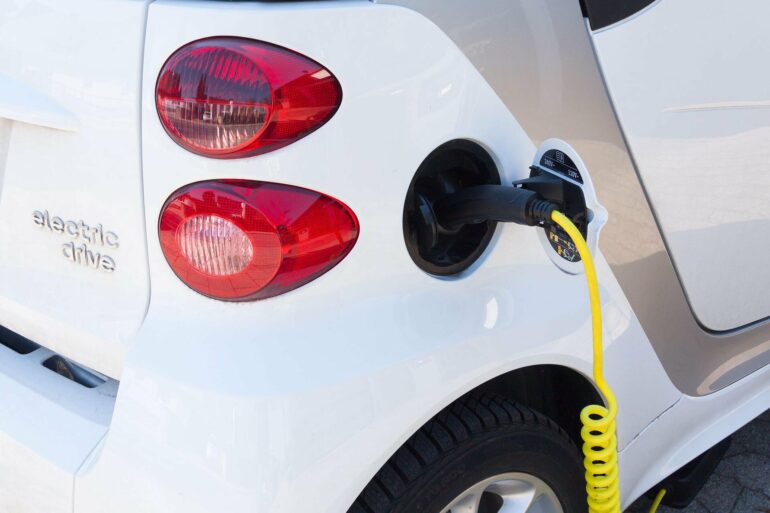 New technology, developed by researchers at the University of York, has proved successful in reducing the risk of electrocution to drivers and passengers of electric vehicles as a result of damage to the cars in major road accidents.

As sales of electric vehicles continue to grow around the world, issues of safety have become of high importance, in particular how cars are serviced and how voltage in the vehicles can be reduced in cases where circuitry is damaged.

Electric vehicles have higher voltage and energy systems than traditional cars and in order to reduce the risk of electrocution in the event of a collision, the voltage must be reduced as quickly as possible.

The main safety issue in electric vehicles is the high voltage of the DC “bus”—electrical conductors that store power at high voltage and distribute power to other circuits in the car. To reduce power surges during a collision, a circuit breaker is installed to interrupt the connection between the battery and boost converters, which would normally act to lift the voltage to high levels.

Dr. Yihua Hu, from the University of York’s School of Physics, Engineering, and Technology, says that “in the event of a collision, currently electric vehicles have a circuit breaker that isolates the battery from working on any other component of the car. This will prevent power surges, but it does not reduce the voltage stored in what we call the DC ‘bus.'”

“The bus voltage in most electric car models is 400V, which is much higher than the voltage in our home systems at 230V, as well as industry levels at 380V.”

“To significantly reduce the risk of a fatal electric shock in the case of a car crash, we need the voltage to be 60V or less and to reduce to that level in under five seconds.”

The research involved designing a hybrid model of the DC bus that used both the internal mechanisms of the car and the external pathways that allow safe passage of energy. The team now have a system, that in the case of circuity damage, would consume any remaining voltage so that energy does not build up, increasing the risk of electrocution.

Building on this work, the team addressed how to ensure the protection of the entire electrical system of the car from circuit failure in the event of a crash. The researchers devised an energy discharge algorithm that would mean that even in the event of an electrical failure the DC bus would still be able to reduce the voltage output and protect other circuitry in the vehicle.

Following successful mathematically modeling, the technology has now been trialed in a car powertrain testing system—an assembly of all the components that make the car run—and the team showed that voltage is reduced to 60V in under five seconds in the event of damage to circuits. This will ultimately protect drivers and passengers from serious injury or fatal electric shock.

Dr. Yihua Hu, says that “electric vehicles are here to stay and sales will continue to grow, so we have to be able to answer these important questions on safety and how we service these cars so that vehicle owners can be assured of personal safety in any type of road incident.”

Why Microsoft would buy it for $10 billion

The team is now considering ways in which electric vehicles can be serviced to ensure safety features are effective.

The research is published in the journal IEEE Transactions of Power Electronics.