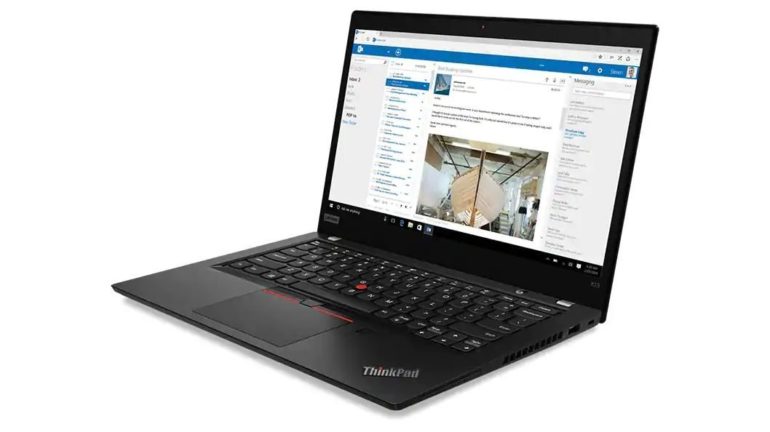 The Lenovo ThinkPad X13 Gen 1 is one of the fastest business laptops in the market thanks to its 8-core Ryzen 7 PRO processor. At less than $770 when you use the eCoupon THINK45, it is a very capable workstation that will deliver when it counts.

You can make the X13 Gen 1 far better by boosting the onboard storage, moving to Windows 10 Pro, a fingerprint reader and improving the display by swapping the screen for a full HD one for less than $200, making it a better deal in our view.

Researchers open a path toward quantum computing in real-world conditions

Lenovo has started to roll out the AMD Ryzen 7 PRO 4750U processor to its mainstream, award winning ThinkPad X business laptop, the X13 Gen 1. This is AMD’s answer to Intel’s vPro platform and it comes with eight cores, 8MB cache, 16 threads and a boost speed of up to 4.1GHz.

The entry level version (20UFCTO1WW) is equipped with Windows 10 Home, 8GB DDR4 memory, a 128GB PCIe SSD and a 13.3-inch HD display. The rest of the configuration includes Wi-Fi 6/Bluetooth 5.1, a physical cover for the webcam, a Wake On Voice feature plus the iconic red dot “nipple” controller. The laptop has been tested against 12 military-grade requirements and more than 200 quality checks.

The 48Wh, 6-cell battery is decent, procuring up to 12 hours battery life, while the six ports (including four USB connectors) and the dual far-field microphones should prove to be enough for most tasks. Of interest is the fact that two of the USB ports are DisplayPort compatible – given the presence of a HDMI port -and this should allow users to power up to three 4K monitors.