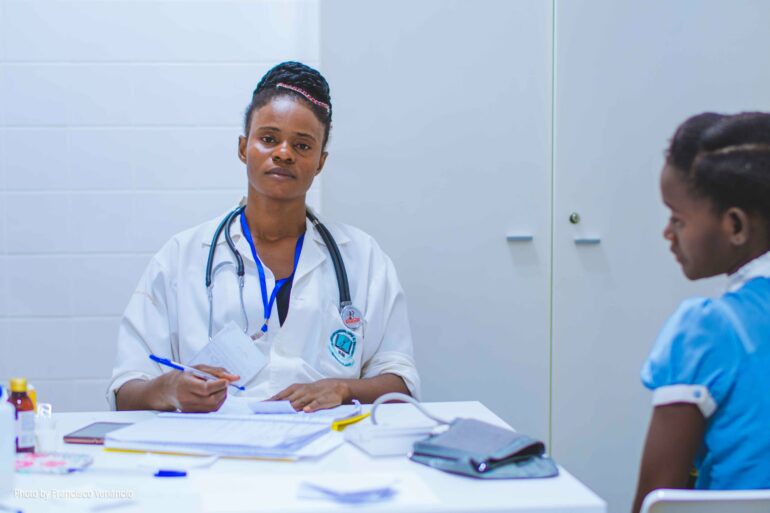 The more hours someone works each week in a stressful job, the more their risk of depression rises, a study of new doctors finds.

What’s more, a higher percentage of those who worked a large number of hours had scores high enough to qualify for a diagnosis of moderate to severe depression—serious enough to warrant treatment—compared with those working fewer hours.

The research team, based at the University of Michigan, used advanced statistical methods to emulate a randomized clinical trial, accounting for many other factors in the doctors’ personal and professional lives.

They found a “dose response” effect between hours worked and depression symptoms, with an average symptom increase of 1.8 points on a standard scale for those working 40 to 45 hours, ranging up to 5.2 points for those working more than 90 hours. They conclude that among all the stressors affecting physicians, working a large number of hours is a major contributor to depression.

Writing in the New England Journal of Medicine, the team from Michigan Medicine, U-M’s academic medical center, report their findings from studying 11 years’ worth of data on more than 17,000 first-year medical residents. The recently graduated doctors were in training at hundreds of hospitals across the United States.

The data come from the Intern Health Study, based at the Michigan Neuroscience Institute and the Eisenberg Family Depression Center. Each year, the study recruits new medical school graduates to take part in a year of tracking of their depressive symptoms, work hours, sleep and more while they complete the first year of residency, also called the intern year.

The impact of high numbers of work hours

This study comes as major national organizations, such as the National Academy of Medicine and the Association of American Medical Colleges, grapple with how to address the high rates of depression among physicians, physicians-in-training and other health care professionals. Though the interns in the study reported a wide range of previous-week work hours, the most common work hour levels were between 65 to 80 hours per week.

The Accreditation Council for Graduate Medical Education, which sets national standards for residency programs, currently sets an 80-hour limit on residents’ work weeks, but that can be averaged over four weeks and there are possible exceptions. ACGME also limits the length of a single shift and the number of days in a row that residents can work. Studies have shown mixed results about the impact these limits have had on resident wellness and patient safety risks.

The authors say their findings point to a clear need to further reduce the number of hours residents work each week on average.

“This analysis suggests strongly that reducing the average number of work hours would make a difference in the degree to which interns’ depressive symptoms increase over time, and reduce the number who develop diagnosable depression,” says Amy Bohnert, Ph.D., the study’s senior author and a professor at the U-M Medical School. “The key thing is to have people work fewer hours; you can more effectively deal with the stresses or frustrations of your job when you have more time to recover.”

Yu Fang, M.S.E., the study’s lead author and a research specialist at the Michigan Neuroscience Institute, notes that the number of hours is important, but so are the training opportunities that come from time spent in hospitals and clinics. “It is important to use the time spent at work for supervised learning opportunities, and not low-value clinical service tasks,” she says.

A population ripe for study

The new study uses a design called an emulated clinical trial, which simulates a randomized clinical trial in situations where conducting a real randomized trial is not feasible. Because nearly all interns nationwide start at about the same time of year and are subject to varying work schedules set by their programs, studying people going through this stage of medical training is ideal for emulating a clinical trial.

This opportunity is what led Intern Health Study founder Srijan Sen, M.D., Ph.D. to launch the research project in the first place: New physicians entering the most stressful year of their careers make a perfect group in which to study the role of many factors in the risk or onset of depression.

The authors suggest that studies parallel to this work on physicians should be conducted in other high-stress and high-work-hour jobs. “We would expect that the negative effect of long work hours on physician mental health would be present in other professions,” says Sen.

The average age of the doctors in the study was 27, and just over half were women. One in five were training in surgical disciplines, and 18% were from racial or ethnic groups traditionally underrepresented in the medical profession.

Less than 1 in 20 met the criteria for moderate to severe depression at the start of intern year. In all, 46% had a stressful life event such as a family death or birth, or getting married, during their intern year, and 37% said they had been involved in at least one medical error during the year.

In analyzing the results, the researchers adjusted for gender, neuroticism, pre-internship history of depression, early family environment, age, year they began internship, marital status, whether they had children, and stressful life events and medical errors during the intern year.

Make a difference for today’s residents

“National initiatives on clinician well-being have put increasing emphasis on the complex set of factors that affect clinician well-being, including the electronic health record, regulatory burden, resilience, workplace violence and culture,” says Sen, the director of the EFDC and the Eisenberg Professor of Depression and Neurosciences. “I think this emphasis has inadvertently led to the feeling that the problem is infinitely complicated and making real progress is hopeless. This paper demonstrates how big of an impact that the single factor of work hours has on clinician depression and well-being.”

Sen is part of National Academy of Medicine’s Working Group on Navigating the Impacts of COVID-19 on Clinician Well-Being, part of a larger effort that recently issued a National Plan for Health Workforce Well-Being.

Fang also notes that the data from U.S. residents may apply to junior doctors, as they’re called, in other nations. The Intern Health Study now enrolls interns in China and Kenya as well.