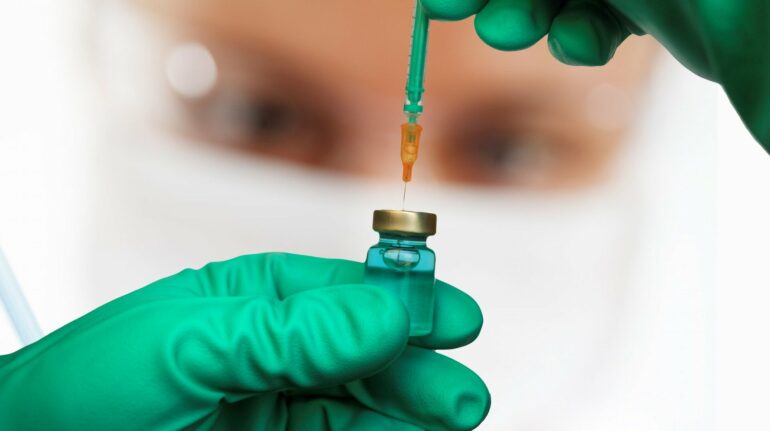 Europe is experiencing an increasingly large circulation of influenza and the respiratory syncytial virus (RSV). In addition to COVID-19, these viruses are expected to have a major impact on health services and populations this winter. This shows the importance of vulnerable groups being vaccinated against influenza and COVID-19, and of everyone protecting themselves and others against infections.

One of the difficulties is people’s reluctance to be vaccinated. A study conducted by researchers at the UOC published in open access in the scientific journal PLOS ONE has assessed reluctance to receive the vaccine against COVID-19 in Spain during the spring-autumn campaign of 2021, among both the general population and health care professionals, and provides information on how to overcome it.

“The aim of this study was to create an accurate and reliable portrait of a specific point in time, when the first vaccination campaign against COVID-19 took place, to determine what could be improved in the future,” said Salvador Macip i Maresma, a doctor and professor in the Faculty of Health Sciences at the UOC, and the research director of the Mechanisms of Cancer and Aging Laboratory at the University of Leicester.

Macip participated in this study led by Francesc Saigi Rubió, a researcher at the eHealth Center and the director of the World Health Organization (WHO) Collaborating Center in eHealth at the UOC, Hans Eguia, a Ph.D. student in the UOC’s Faculty of Health Sciences and professor in the Faculty of Psychology and Education Sciences and Marina Bosque, researcher in the UOC’s eHealth Center.

An environment of doubt and suspicion

A mass vaccination campaign for the general population was launched in Europe in spring 2021 to combat the pandemic caused by COVID-19. The seriousness of the disease, the speed at which the various vaccines became available and distrust of pharmaceutical laboratories created an environment of doubt and suspicion surrounding the new medications and their widespread application, which led to vaccines being rejected by thousands of people.

Social media were filled with hoaxes, false information and fake news aimed at creating an atmosphere of distrust towards the vaccines and the new methods that had been used to manufacture them, such as messenger RNA technology. Some even deemed isolated cases, such as the blood clots supposedly caused by inoculation with this type of vaccine, to be a general rule.

During the study, the experts surveyed more than 4,300 people through social media, including 500 health care professionals working in various branches of medicine, in the spring of 2021. At that time, 48.6% of the participants from the general population had been vaccinated against COVID-19, and 6.5% of the general population reported hesitancy at receiving the vaccination. However, the older the respondents, the higher the percentage of people who had been vaccinated.

“The youngest and those with the lowest levels of education were the most reluctant to be vaccinated. This was probably because they were the social group that perceived the least risk of experiencing problems related to COVID-19, so they saw the vaccine as having fewer benefits,” pointed out the expert, who emphasized that higher levels of education and having medical knowledge “reduces hesitancy” toward these innovative medicines.

Meanwhile, 95% of the health care professionals taking part had been vaccinated against COVID-19. “The health care professionals had more doubts about whether the vaccine was effective and safe. But they were the least reluctant to be vaccinated. This was possibly because they had a better understanding of the consequences of not being vaccinated, and were more familiar with the general concept behind a vaccine,” noted Macip.

Another of the aspects that the study considered was a vaccine’s acceptance or rejection depending on which laboratory had manufactured it. In this area, most participants showed no preference for any particular vaccine. However, people who were vaccinated with the Pfizer vaccine said they had received their “preferred vaccine.”

In Europe, due to the campaigns that were carried out, there was a preference for vaccines based on mRNA (messenger RNA) rather than the other types of vaccine that were available to the population at that time. “Acceptance of vaccination against the coronavirus was not affected by the anti-vaccine movements or by the misinformation in some media,” said the experts about the environment that was apparent at that time during the pandemic.

Information to improve trust in vaccines

‘Gateway’ foods like candy may lead to unhealthy teen eating, according to 16-year-old lead researcher

Although these data are not particularly negative, a significant percentage of the population still rejects this type of vaccine. This group may endanger their own well-being and even create a public health problem. “Ignorance is what creates the most hesitancy. But good information can even overcome the attraction that anti-vaxxers create in social media,” said the researcher.

In fact, according to the World Health Organization, vaccine hesitancy was a “common” problem even before the pandemic, and is considered one of the ten main threats to global health.

In order to overcome it, experts stress that accurate, confirmed, transparent and timely information is the most effective method to raise public awareness and to minimize rejection and hesitancy towards this type of medicine. The benefits are apparent, as when vaccination campaigns are carried out, hesitancy and rejection decline as their functionality and effectiveness are understood. “Information campaigns are essential. The more people know about a new drug, the less they fear it,” Macip concluded.