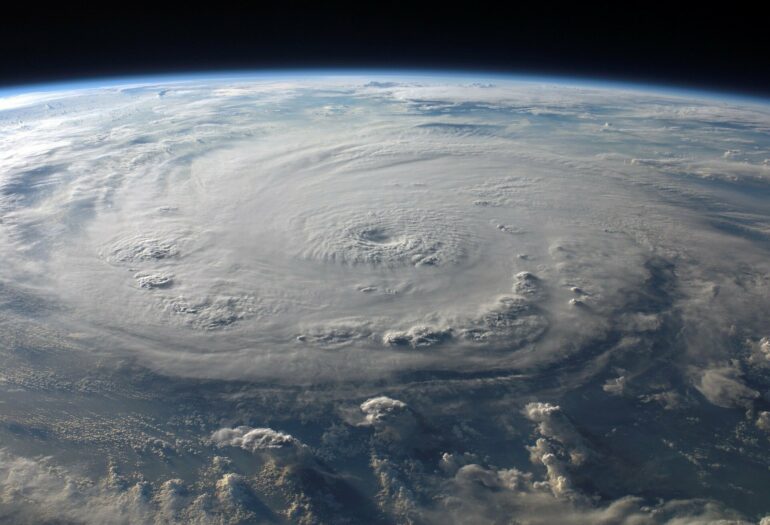 As the Caribbean island of Puerto Rico begins recovery from destruction brought by Hurricane Fiona this past weekend, a new study led by researchers at the University of Toronto (U of T) finds an irregular increase in deaths of Puerto Ricans in the United States in the six-month period after the devastating Hurricane Maria cyclone passed over the island five years ago this week.

With implications for future natural disaster response and reporting, the researchers say the findings suggest an additional 514 deaths should be added to the official estimate of 2,975 deaths caused by Hurricane Maria, due to the displacement of thousands of Puerto Ricans to the U.S. mainland in the aftermath of the disaster.

“Overlooking deaths among displaced hurricane survivors provides an incomplete understanding of the magnitude of the health consequences of natural disasters like Hurricane Maria,” said Gustavo Bobonis, a professor in the Department of Economics in the Faculty of Arts & Science at U of T and a co-author of a study published in the BMJ Open. “Doing so affects society’s ability to remediate and proactively craft a readiness plan for the next disaster, which, unfortunately, is precisely what Puerto Rico is facing again.”

Bobonis, along with recent U of T Ph.D. graduate Boriana Miloucheva and Mario Marazzi, former executive director of the Puerto Rico Institute of Statistics, examined death register data from the National Vital Statistics System maintained by the National Center for Health Statistics at the Centers for Disease Control and Prevention, together with population estimates from the U.S. Census Bureau. They found that between October 2017 and March 2018, the mortality rate of people of Puerto Rican origin in the U. S. was 3.7% higher than in preceding years.

“In absolute terms, this amounts to 514 additional deaths over that six-month period,” said Miloucheva, who is currently a postdoctoral research associate at the Center for Health and Wellbeing at Princeton University and an incoming faculty member at the Institute of Health Policy, Management and Evaluation in the Dalla Lana School of Public Health at U of T.

“The monthly pattern suggests this effect began just after Hurricane Maria struck Puerto Rico, gradually increased through the end of 2017, and then fluctuated in a downward trajectory in the beginning of 2018.”

The researchers were prompted by the knowledge that many survivors of the hurricane were displaced to the United States, with some dying while there. As a result, their death certificates were registered in demographic registers on the U.S. mainland and not in Puerto Rico, which has come to be seen as a limitation of the assessment done by researchers at George Washington University that placed the official estimate at 2,975 deaths upon its release in August 2018.

“The excess deaths were concentrated among both men and women aged 65 years and older, many of whom left Puerto Rico due to fears of being unable to obtain adequate health care,” said Marazzi. “Among this age group, the excess deaths were concentrated among people suffering from heart diseases, cancer and diabetes, who ultimately may not have received the care required after arriving in the United States.”

The researchers say that although there were excess deaths in all educational groups, they were more evident among the most vulnerable populations with relatively lower levels of education.

“This is consistent with previous studies—including the official George Washington University study sponsored by the Puerto Rican government—and supports the hypothesis that many of these additional deaths came from people exposed and displaced by Hurricane Maria,” said Miloucheva.

The study, which was cited on Twitter by the chief data scientist at the U.S. White House in the wake of Hurricane Fiona as an example of the value of equitable data in fully understanding disaster impacts, is the first to take into account deaths of Puerto Ricans outside of Puerto Rico in the months following Hurricane Maria.

The researchers emphasize the importance of being comprehensive when establishing death tolls following such events and cite the inclusion of out of state death certificates in calculating the cost in human lives after Hurricane Katrina made landfall in New Orleans in 2005.

The researchers say the analysis suggests the need for not only equitable disaster preparedness but also the importance of cross-jurisdiction data sharing.

“These already vulnerable populations may face additional hurdles on relocation, such as healthcare disruptions and psychological stressors, which may exacerbate health impacts of the disaster,” said Bobonis. “Receiving jurisdictions would, thus, benefit from an improved understanding of the dynamics of post-disaster displacement and would make possible a timelier surveillance of the mortality consequences of natural disasters in the future.”