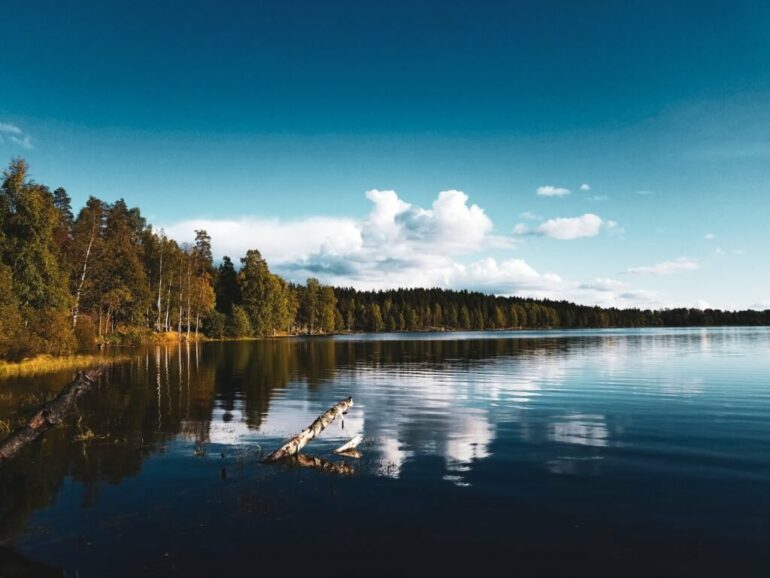 If global warming persists, blue lakes worldwide are at risk of turning green-brown, according to a new study which presents the first global inventory of lake color. Shifts in lake water color can indicate a loss of ecosystem health. The new research was published in Geophysical Research Letters.

While substances such as algae and sediments can affect the color of lakes, the new study finds that air temperature, precipitation, lake depth and elevation also play important roles in determining a lake’s most common water color.

Blue lakes, which account for less than one-third of the world’s lakes, tend to be deeper and are found in cool, high-latitude regions with high precipitation and winter ice cover. Green-brown lakes, which are 69% of all lakes, are more widespread, and are found in drier regions, continental interiors, and along coastlines, the study finds.

The researchers used 5.14 million satellite images for 85,360 lakes and reservoirs around the world from 2013 to 2020 to determine their most common water color.

“No one has ever studied the color of lakes at a global scale,” said Xiao Yang, remote sensing hydrologist at Southern Methodist University and author of the study. “There were past studies of maybe 200 lakes across the globe, but the scale we’re attempting here is much, much larger in terms of the number of lakes and also the coverage of small lakes. Even though we’re not studying every single lake on Earth, we’re trying to cover a large and representative sample of the lakes we have.”

A lake’s color can change seasonally, in part, due to changes in algal growth, so the authors characterized lake color by assessing the most frequent lake color over seven years. The results can be explored through an interactive map the authors developed.

Additionally, the new study explored how different degrees of warming could affect water color if climate change persists. The study finds climate change may decrease the percentage of blue lakes, many of which are found in the Rocky Mountains, northeastern Canada, northern Europe and New Zealand.

“Warmer water, which produces more algal blooms, will tend to shift lakes towards green colors,” said Catherine O’Reilly, an aquatic ecologist at Illinois State University and author of the new study. “There are lots of examples of where people have actually seen this happen when they studied one individual lake.”

While prior studies have used more complex and finer scale metrics to understand overall lake ecosystem health, water color is a simple yet viable metric for water quality that can be viewed from satellites at the global scale, the authors said. This approach provides a way to study how remote lakes are changing with climate.

“If you’re using lakes for fisheries or sustenance or drinking water, changes in water quality that are likely happening when lakes become greener are probably going to mean it’s going to be more expensive to treat that water,” said O’Reilly. “There might be periods where the water isn’t usable, and fish species might no longer be present, so we’re not going to get the same ecosystem services essentially from those lakes when they shift from being blue to being green.”

Additionally, changes to water color may have recreational and cultural implications in locations such as Sweden and Finland where lakes are culturally prevalent, O’Reilly said. As warming continues, lakes in northern Europe will likely lose their winter ice cover, which could affect winter and cultural activities.

“Nobody wants to go swim in a green lake,” said O’Reilly, “so aesthetically, some of the lakes that we might have always thought of as a refuge or spiritual places, those places might be disappearing as the color changes.”