Toxic air pollutants from smoking cannabis with a bong are 4 times worse than cigarettes, study finds 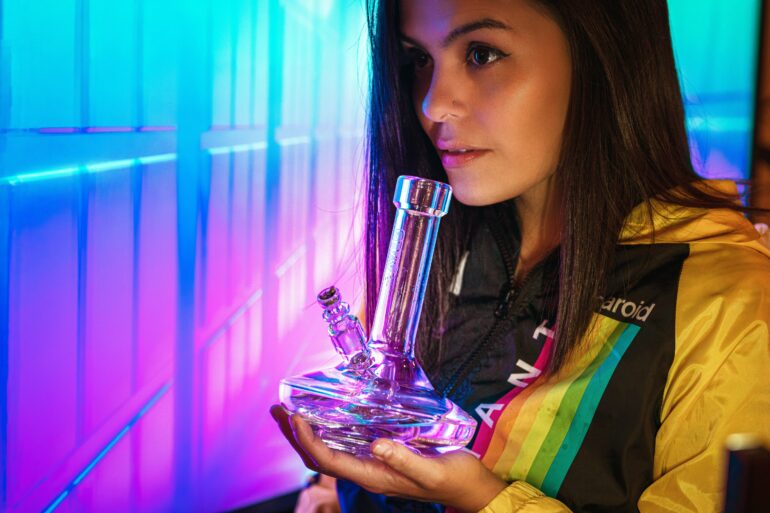 You’ve heard about the dangers of secondhand cigarette smoke, but what about secondhand bong smoke?

The haze after a bubbly bong hit may appear harmless, but a new study published Wednesday in JAMA Network Open found bystanders may be inhaling air pollutants at concentrations more than twice federal air quality limits.

Researchers at the University of California, Berkeley, measured fine particulate matter (PM2.5) in a real-world setting where a group of young adults socially smoked cannabis with a bong for two hours in an ordinary household living room. An aerosol monitor was placed where a nonsmoker might sit, recording PM2.5 levels before, during and after eight sessions.

“There’s negative attitudes to secondhand tobacco smoke but not really to secondhand cannabis smoke,” said lead study author Patton Nguyen, an industrial hygienist and a graduate of UC Berkeley School of Public Health. “What we want this study to do is really elucidate and help people understand that there are public health concerns.”

Fine particulate matter, or PM2.5, are tiny particles in the air that can travel deep into the respiratory tract, reaching the lungs and impacting their function. Some studies suggest long term exposure to PM2.5 may be linked to lung and heart diseases.

Although health experts say the findings are noteworthy, more research is needed before conclusions can be made about smoking marijuana with a bong versus smoking tobacco as researchers did not control how much pot was smoked in the study.

“There’s very little research in this area,” said Dr. Silvia Martins, professor of epidemiology and director of the Substance Use Epidemiology Unit at Columbia University Mailman School of Public Health. “This (study) is one of the first in a controlled environment.”

Researchers note PM2.5 concentrations also took a long time to return to pre-smoking levels. In one session, levels remained at more than 10 times the original concentration 12 hours after the group stopped smoking.

This suggests people entering a home hours after a bong session could still be affected by secondhand smoke.

“It can actually affect the health of children who are nearby or other people in pretty serious ways,” said corresponding author Katharine Hammond, a professor at UC Berkeley School of Public Health. “We need to wake up to that.”

Although recreational cannabis use is perceived by some as a harmless past time, Hammond and Nguyen say no level of toxins and air pollutants in cannabis smoke is considered safe.

“There are potential exposures to high concentrations of toxins and these toxins are associated with negative or adverse health effects,” Nguyen said. “We really need to be mindful that nonsmokers present can be exposed.”

Windows and doors were closed throughout the study but he says future research will look at how ventilation plays a role in PM2.5 exposure from cannabis smoke.

He also plans to publish additional data from the same study that measured other harmful chemicals and carcinogens from secondhand bong smoke.

“Our job as scientists really is to release this unbiased information to help inform the public,” Nguyen said. “The big take-home message is secondhand cannabis smoke is not safe and people’s public perceptions should be addressed.”