How cold was the ice age? Researchers now know 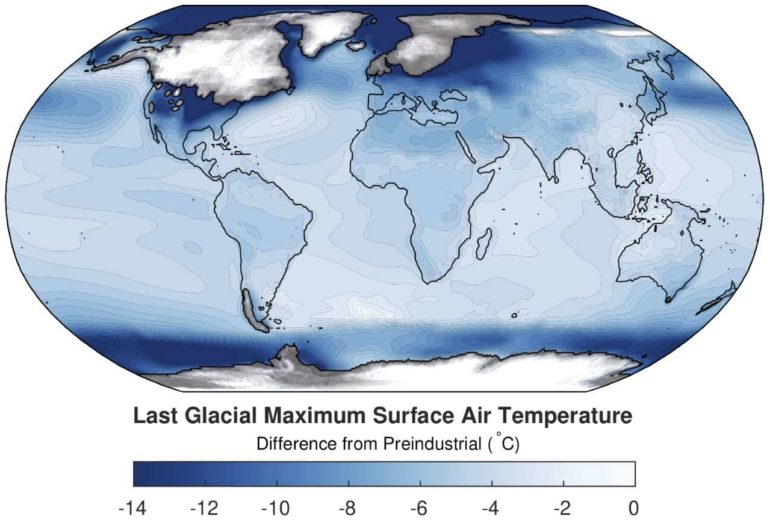 A University of Arizona-led team has nailed down the temperature of the last ice age—the Last Glacial Maximum of 20,000 years ago—to about 46 degrees Fahrenheit (7.8 C).

The Last Glacial Maximum, or LGM, was a frigid period when huge glaciers covered about half of North America, Europe and South America and many parts of Asia, while flora and fauna that were adapted to the cold thrived.

“We have a lot of data about this time period because it has been studied for so long,” said Jessica Tierney, associate professor in the UArizona Department of Geosciences. “But one question science has long wanted answers to is simple: How cold was the ice age?”

“In your own personal experience that might not sound like a big difference, but, in fact, it’s a huge change,” Tierney said.

She and her team also created maps to illustrate how temperature differences varied in specific regions across the globe.

“In North America and Europe, the most northern parts were covered in ice and were extremely cold. Even here in Arizona, there was big cooling,” Tierney said. “But the biggest cooling was in