Life on Mars? Meet the new rover built to give us the answer 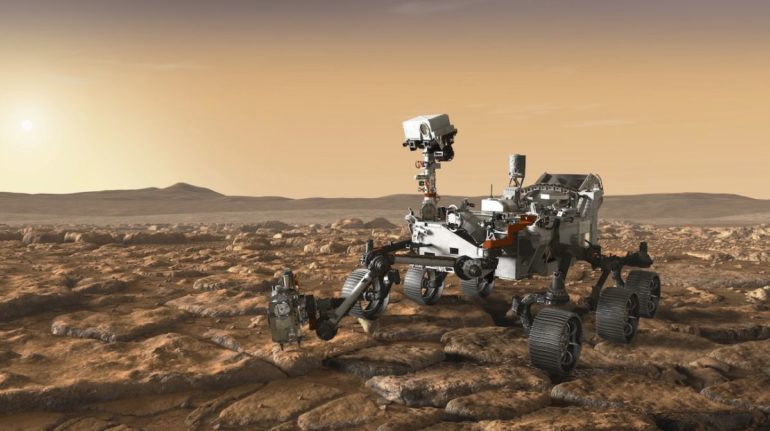 NASA’s Curiosity rover has shown that Mars was habitable billions of years ago. And NASA is about to launch another rover, called Perseverance, to look for signs of Red Planet life.

Roger Wiens is the principal investigator of the ChemCam and SuperCam instruments at the U.S. Department of Energy’s Los Alamos National Laboratory. SuperCam is a product of a United States-France partnership, along with support from Spain. Wiens contributed this article to Space.com’s Expert Voices: Op-Ed & Insights.

Plenty of sci-fi movies over the decades have shown us fictionalized versions of Mars that include everything from hurricane-force winds (in the critically acclaimed 2015 movie “The Martian“) to human-devouring plants (in the universally panned 1959 movie “The Angry Red Planet”). The truth about the Martian surface might not be as dramatic but, I would argue, it is equally as exciting — if not more so, because it’s real. And with NASA’s Mars 2020 mission set to launch this summer, we’re on the cusp of even more discovery.

So far, thanks to a decade of research enabled by NASA’s Curiosity rover, we’ve learned that lakes, rivers, streams and likely oceans appearing over eons are part of the geologic history of Mars. While its epoch of active bodies of water ended over three billion years ago, the significance of their past existence is not lost on those of us who study Mars’ geology.

After all, active bodies of fresh water tell us that Mars used to be habitable. This knowledge haunts us. So far, we’ve seen no clear evidence of life there, not even a virus. But if Mars was once habitable, wouldn’t it have harbored life?