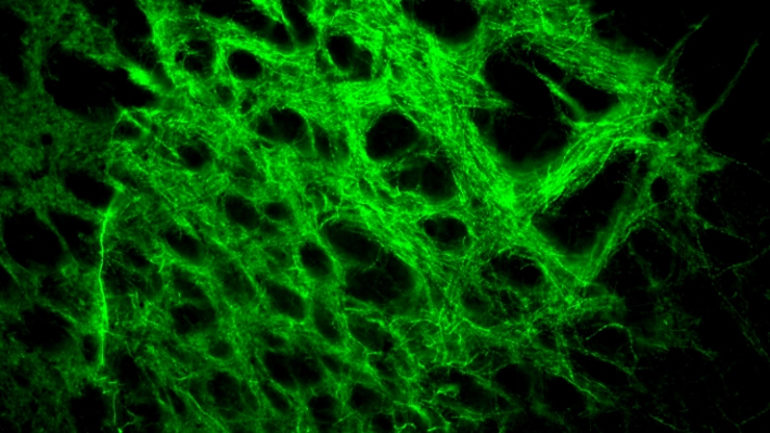 Biomedical engineers at Duke University have used deep brain stimulation based on light to treat motor dysfunction in an animal model of Parkinson’s disease. Succeeding where earlier attempts have failed, the method promises to provide new insights into why deep brain stimulation works and ways in which it can be improved on a patient-by-patient basis.

The results appear online on April 20 in The Journal of Neuroscience.

“If you think of the area of the brain being treated in deep brain stimulation as a plate of spaghetti, with the meatballs representing nerve cell bodies and the spaghetti representing nerve cell axons, there’s a longstanding debate about whether the treatment is affecting the spaghetti, the meatballs or some combination of the two,” said Warren Grill, the Edmund T. Pratt, Jr. School Distinguished Professor of Biomedical Engineering at Duke.

“But it’s an impossible question to answer using traditional methods because electrical deep brain stimulation affects them both as well as the peppers, onions and everything else in the dish. Our new light-based method, however, is capable of targeting just a single ingredient, so we can now begin teasing out the individual effects of activating different neural elements.”

In Grill’s metaphor, the meatballs are the neurons that make up the subthalamic nucleus, a small component of the basal ganglia control system that is believed to perform action selection. While its exact function remains unknown, research suggests that it holds muscular responses in check….