Masks and Emasculation: Why Some Men Refuse to Take Safety Precautions 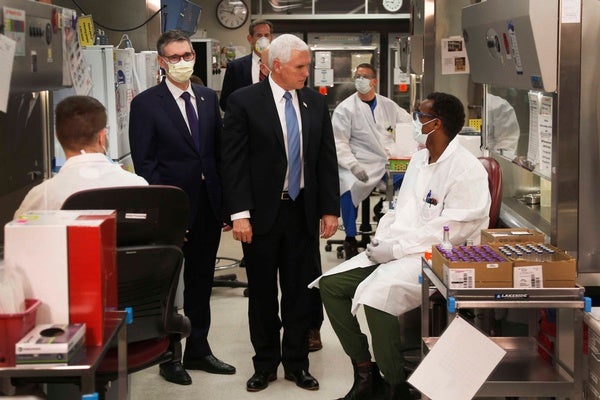 On April 28, Vice President Mike Pence visited the Mayo Clinic, but could not bring himself to comply with their safety protocols and don a mask. His behavior mimics President Donald Trump’s prior refusal to wear a mask even as he urged Americans to do so. Pence said he wanted to be able to look health care workers in the eye, and Trump simply said, “I’m choosing not to do it.”

Why the reluctance to model safe behavior? My research with Jennifer Berdahl and others suggest one critical reason, which is that appearing to play it safe contradicts a core principle of masculinity: show no weakness. In short, wearing a mask emasculates.

The refusal to wear a mask undermines the message that the rest of us should take safety precautions. But that’s the least of the problem. Leaders who are more concerned with preserving a macho public image put our lives at risk as they prove their manhood by showing resistance to experts’ opinions, hypersensitivity to criticism and constant feuding with anyone who seems to disagree with them.

In our research, the show-no-weakness principle manifests by acting like you always know the answer. Admitting uncertainty or that you rely on anyone else’s opinion seems “weak.” Trump’s resistance to experts’ advice stems from a constant need to demonstrate that “I alone can fix it.”

Further, showing no weakness goes hand in hand with another masculinity norm: everything is a dog-eat-dog competition. For leaders like Trump, each situation is a personal masculinity contest that he “wins” and others must “lose.” Admitting a past mistake or receiving criticism are intolerable. Scores must be settled with anyone who…