Moving from prison to a PhD 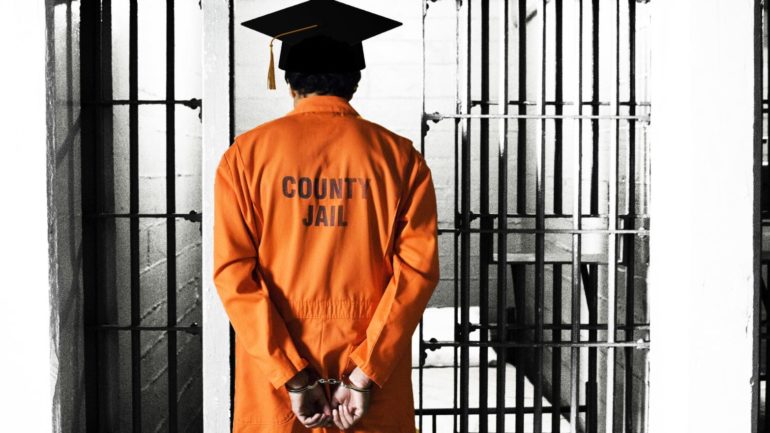 Most applications to academic institutions around the world include a box to check if a student has a criminal history, but a ‘ban the box’ movement is now under way. Last year, the UK Universities and Colleges Admissions Services (UCAS) — which manages application to all British universities — dropped its criminal-history question. And in August, the US Common Application, used by 800 colleges and universities, removed the question — although indvidual institutions can still ask it.

A 2013 study from the RAND Corporation1, a think tank in Santa Monica, California, found that incarcerated individuals who participated in correctional education programmes were 43% less likely to return to prison after release than were those who did not.

Although 2.3 million people are currently in US prisons, fewer than 5% of people get university degrees — making them 8 times less likely to complete their education than the general public. Fewer still pursue PhDs. Nature spoke to three US researchers who went from prison to PhD programmes to senior posts in academia, and who now aim to help others to find their academic footing.

Post-prison education researcher at the University of Washington, Tacoma

Ocean organism could be key to animal-free meat

I grew up poor in rural southern Illinois. By my mid-twenties, I had been arrested five times — mainly for drug possession. In total, I was behind bars for 1.5 years. Once I was out of prison, an uncle encouraged me to attend university. I enrolled at Lincoln Trails College in Robinson, Illinois. I was struggling with my drug addiction, but school kept…