Mysterious swarms of giant drones have started to appear in the Colorado and Nebraska night sky, and nobody knows where they’re coming from 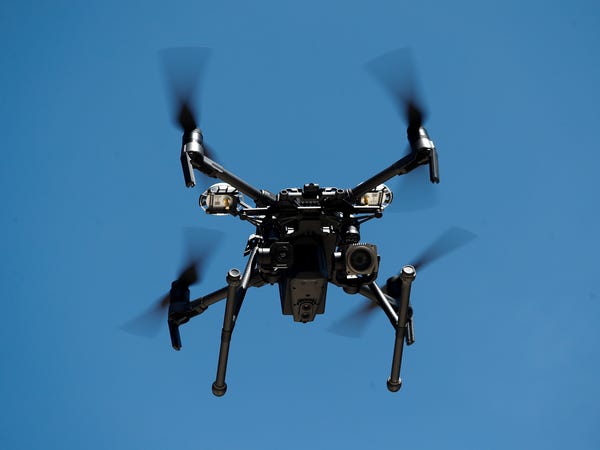 Mysterious swarms of giant drones have dotted the Colorado and Nebraska night sky since last week, The Denver Post first reported.
The drones appear and disappear at roughly the same time each night in swarms of at least 17 and up to 30. The drones appear to measure about 6 feet across.
Local and federal government authorities say they have no idea where the drones are coming from. They do not appear to be malicious, however, and a drone expert says they appear to be searching or mapping out the area.
Visit Businessinsider.com for more stories.

Something strange has been happening in Eastern Colorado at night.

Since the week of Christmas, giant drones measuring up to 6 feet across have been spotted in the sky at night, sometimes in swarms as large as 30. The Denver Post first reported these mysterious drone sightings in northeastern Colorado on December 23. Since then, sightings have spanned six counties across Colorado and Nebraska.

Phillips County Sheriff Thomas Elliott had no answer for where the drones came from or whom they belonged to but did have a rough grasp on their flying habits. “They’ve been doing a grid search, a grid pattern,” he told The Denver Post. “They fly one square and then they fly another square.”

The drones, estimated to have 6-foot wingspans, have been flying over Phillips and Yuma counties every night for about the past week, Elliott said Monday. Each night, at least 17 drones appear at about 7 o’clock and disappear at about 10 o’clock, staying 200 to 300 feet in the air.