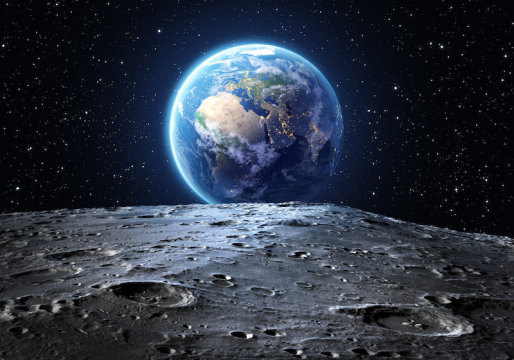 The Earth is unique in our solar system: It is the only terrestrial planet with a large amount of water and a relatively large moon, which stabilizes the Earth’s axis. Both were essential for Earth to develop life.

Planetologists at the University of Münster (Germany) have now been able to show, for the first time, that water came to Earth with the formation of the Moon some 4.4 billion years ago. The Moon was formed when Earth was hit by a body about the size of Mars, also called Theia. Until now, scientists had assumed that Theia originated in the inner solar system near the Earth. However, researchers from Münster can now show that Theia comes from the outer solar system, and it delivered large quantities of water to Earth. The results are published in the current issue of Nature Astronomy.

From the outer into the inner solar system

JFTC starts another antitrust probe against Apple and Google on smart devices: Report

In Apps and WebCompaniesSmartphones
on 8 October 20212 min read

The Earth formed in the ‘dry’ inner solar system, and so it is somewhat surprising that there is water on Earth. To understand why this the case, we have to go back in time when the solar system was formed about 4.5 billion years ago. From earlier studies, we know that the solar system became structured such that the ‘dry’ materials were separated from the ‘wet’ materials: the so-called ‘carbonaceous’ meteorites, which are relatively rich in water, come from the outer solar system, whereas the drier ‘non-carbonaceous’ meteorites come from the inner solar system. While previous studies have shown that carbonaceous materials were likely responsible for delivering the water to Earth, it was unknown when and how this carbonaceous material…