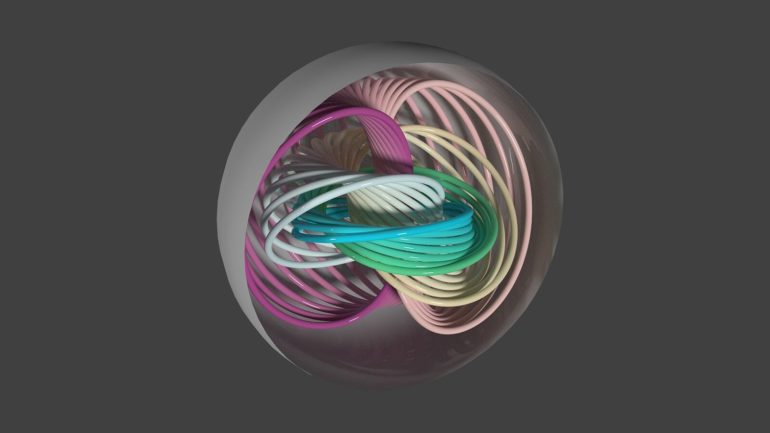 Just as a literature buff might explore a novel for recurring themes, physicists and mathematicians search for repeating structures present throughout nature.

For example, a certain geometrical structure of knots, which scientists call a Hopfion, manifests itself in unexpected corners of the universe, ranging from particle physics, to biology, to cosmology. Like the Fibonacci spiral and the golden ratio, the Hopfion pattern unites different scientific fields, and deeper understanding of its structure and influence will help scientists to develop transformative technologies.

In a recent theoretical study, scientists from the U.S. Department of Energy’s (DOE) Argonne National Laboratory, in collaboration with the University of Picardie in France and the Southern Federal University in Russia, discovered the presence of the Hopfion structure in nano-sized particles of ferroelectrics—materials with promising applications in microelectronics and computing.

The identification of the Hopfion structure in the nanoparticles contributes to a striking pattern in the architecture of nature across different scales, and the new insight could inform models of ferroelectric materials for technological development.

Ferroelectric materials have the unique ability to flip the direction of their internal electric polarization—the slight, relative shift of positive and negative charge in opposite directions—when influenced by electric fields. Ferroelectrics can even expand or contract in the presence of an electric field, making them useful for technologies…