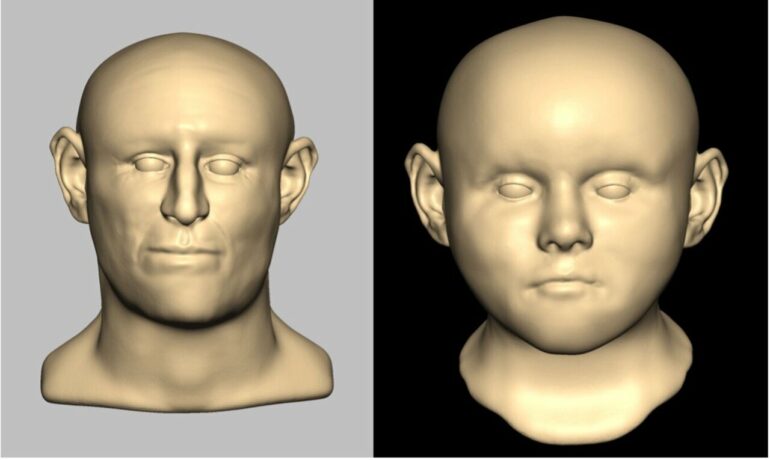 In 2004, construction workers in Norwich, U.K., unearthed human skeletal remains that led to a historical mystery—at least 17 bodies at the bottom of a medieval well. Using archaeological records, historical documents, and ancient DNA, British researchers have now identified the individuals to be a group of Ashkenazi Jews who may have fallen victim to antisemitic violence during the 12th century. Their findings, presented on August 30 in the journal Current Biology, shed new light on Jewish medical history in Europe.

“It’s been over 12 years since we started looking into who these people are, and the technology finally caught up with our ambition,” says evolutionary geneticist and corresponding author Ian Barnes of the Natural History Museum, London. “Our main job was to establish the identity of those individuals at the ethnic level.”

The deceased individuals were found to carry some genetic disorders, for which modern-day Ashkenazi Jewish populations are at higher risk. Genetic disorders that are particularly common in certain populations can arise during bottleneck events, where a rapid reduction of population can lead to big jumps in the number of people carrying otherwise rare genetic mutations.

Using computer simulations, the team showed that the number of such disease mutations in the remains was similar to what they would expect if the diseases were as common then as they are now in Ashkenazi Jews. The results point to a bottleneck event that shaped the modern-day Ashkenazi Jewish population prior to the 12th century, earlier than previous beliefs, which dated the event about 500 to 700 years ago.

Unlike other mass burial sites, where bodies were laid in an organized fashion, skeletons from this well were oddly positioned and mixed, most likely because they were deposited head first shortly after death. Archaeological investigations reported six adults and 11 children at the unusual burial location. Together, these findings hint at mass fatalities such as famine, disease, or murder. Radiocarbon dating of the remains placed their deaths around the late 12th to early 13th century—a period with well-documented outbreaks of antisemitic violence in England—leading researchers to consider foul play.

To piece together the individuals’ past lives, the team dug into the DNA of six skeletons from the well by using new technology that decodes millions of DNA fragments at once. The results showed that the individuals were almost certainly Ashkenazi Jews. Among them, four were closely related, including three full-sibling sisters—a five- to 10-year-old, a 10- to 15-year-old, and a young adult. DNA analysis also inferred the physical traits of a zero- to three-year-old boy to include blue eyes and red hair, the latter a feature associated with historical stereotypes of European Jews.

“It was quite surprising that the initially unidentified remains filled the historical gap about when certain Jewish communities first formed and the origins of some genetic disorders,” says evolutionary geneticist and co-author Mark Thomas of the University College London. “Nobody had analyzed Jewish ancient DNA before because of prohibitions on the disturbance of Jewish graves. However, we did not know this until after doing the genetic analyses.”

After learning the identity of the remains, the local community arranged a formal Jewish burial for the individuals. Barnes and Thomas say that they still don’t know what directly caused the 17 individuals’ demise, and it’s a puzzle that ancient DNA can’t solve. However, working with local historians, archaeologists, and the community, the researchers offered new insights into historical violence and the origins of the Ashkenazi Jewish population.

“When you study ancient DNA from people who’ve died hundreds to thousands of years ago, you don’t often get to work with a living community at the same time,” says Barnes. “It’s been really satisfying to work with this community on a story that’s so important to them.”