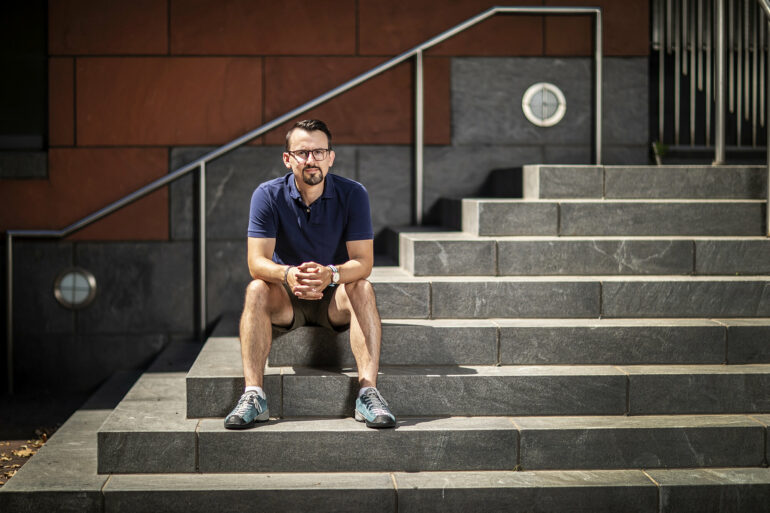 “Humans actually have 26 beliefs about the world as a whole, way more than we knew,” says Jer Clifton, a senior research scientist in Penn’s Positive Psychology Center. “Most of them collapse down into three categories: that the world is a safe versus dangerous place, that the world is enticing versus dull, and that the world is alive versus mechanistic. Researchers call these beliefs primal world beliefs or primals.”

Decades of research suggested that conservatives see the world as more dangerous than liberals, a primal thought to drive their attitudes about immigration, policing, and many other issues. But new findings from Clifton and Penn postdoctoral fellow Nicholas Kerry call into question that idea. “I looked at sample after sample expecting to find something I didn’t find,” says Clifton, who runs The Primals Project. “I like thinking I was wrong. We were all wrong.”

In a paper published in Social Psychological and Personality Science, Clifton and Kerry show that the connection between conservative thinking and a danger-is-everywhere mentality has likely been exaggerated, that both ends of the political spectrum see the world as similarly dangerous. Instead, other viewpoints—that the world is hierarchical, for example—better explain the divide between conservatives and liberals.

“The primal world beliefs that distinguish the left from the right make a weird amount of sense,” Clifton says. “This has huge implications for researchers in how they study this but also for the average person. We don’t need to be so mad at each other. There can be honest disagreement about the world and what policies are needed. It can be the beginning of empathy and compromise, the ability to see how the world looks from another side.”

Clifton has spent the better part of a decade studying primals, the fundamental beliefs that shape a person’s life, publishing a seminal paper on the subject in 2019. The Penn Primals Project, an outgrowth of Clifton’s Ph.D. work now supported by Penn’s Martin Seligman, Crystal Park of the University of Connecticut, and Stanford University’s Alia Crum, is currently delving into a range of questions, from the plasticity of primals to the relationship between primals and personality and, of course, the role of primals in politics.

For the politics-specific research, Clifton and Kerry looked at nine samples totaling more than 5,400 people to determine which world beliefs actually distinguish left from right on the political spectrum. Big picture, they hypothesized a relatively weak link between political ideology and dangerous world belief.

“When we made what we all believed was a better scale, we thought we would see a bigger effect showing that conservatives see the world as a dangerous place,” Clifton says. “Instead, it dropped to almost nothing. With the first sample, I thought it was a fluke. Then I did it again and again and got the same outcome.” For example, Bernie Sanders supporters saw a more threatening world than Donald Trump supporters in 2016, an outcome different than Clifton and Kerry expected.

The researchers had also guessed that they would find a stronger association between conservatism and the hierarchical world belief, which says that people, places, and things all have a value and rank. They confirmed that hypothesis—and in fact, “hierarchical world belief” explained 20 times more variance in political ideology than “dangerous world belief”—and in the process, took the field in a new direction.

Previous research had also focused on hierarchy in human social contexts specifically. “But we found that it’s not just about people. It’s about the difference between cars, food types, animals. It’s the idea that there’s a top predator and a hierarchy that falls out of it,” Clifton says. “Past research assumed that hierarchical thinking was an attitude specifically about people, but instead it’s much bigger. It’s about everything.”

This matters, he says, because it affects how researchers can conceptualize the underlying psychology of political differences going forward. It can also help people see the world from another perspective. “We debate policy; we never debate the underlying primal,” he says. “If I personally had different primals, I’d probably have different views on policy, and that insight has made me a little less angry at the other side.” The more people who have that understanding, the better the chance of lessening the anger that contributes to the current political chasm separating Americans.


Citation:
Project debunks the idea that conservatives think the world is more dangerous than liberals (2022, October 20)