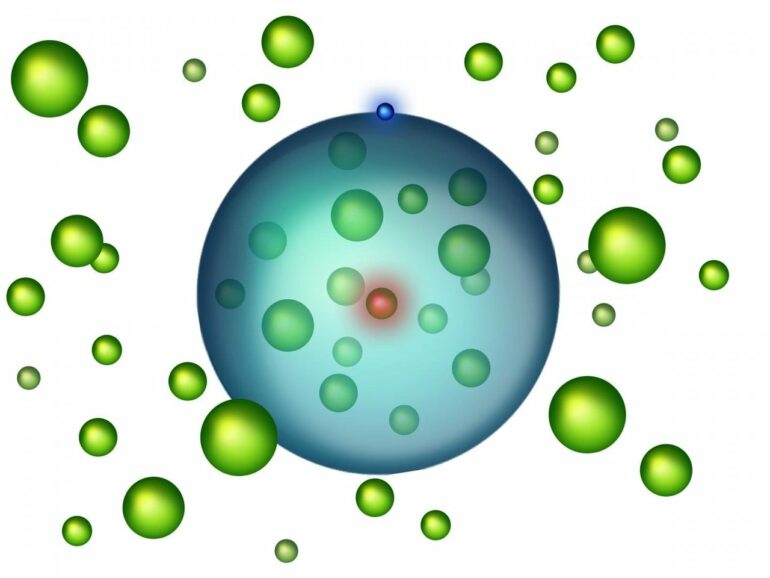 In multiphoton resonant excitation, atoms or molecules are excited to Rydberg states through the absorption of multiple photons (units of electromagnetic radiation). In contrast, frustrated tunneling ionization-induced Rydberg states result from an interaction between the electron and the intense electric field of the laser. Thus, both the laser photon and the laser field jointly contribute to the Rydberg state excitation (RSE) process. However, the extent of the individual contributions of these two effects has not been experimentally determined so far.

Now, in a study published in Advanced Photonics, a team of researchers led by Professor Jian Wu from East China Normal University has developed an experimental method to isolate the effects of each mechanism in RSE.

Their method involves exciting hydrogen molecules to Rydberg states by controlling the photon effect and field effect using a bicircular two-color (BCTC) laser field, a type of laser field that is generated by combining two circularly polarized laser beams with different frequencies. Using two laser beams enabled the researchers to adjust the energy of the photons that are used to excite the hydrogen atoms.

Additionally, by changing the helicity of the BCTC field, they were able to switch the electron recapture processes on and off, manipulating the field effect. Thus, they were able to generate Rydberg states while varying the extent to which each effect contributed to the process. The researchers then determined the extent to which the field excitation and photon absorption processes contributed to RSE by comparing the Rydberg state yields for different polarizations and photon counts.

“By finely adjusting the relative field strength of the two colors, we could manipulate the waveform of the laser field and the number of photons participating in the RSE processes and, in turn, the relative contributions of the field and photon effects,” explains Hongcheng Ni, the co-corresponding author of the work.

In their experimental setup, the BCTC laser fields were generated using the combination of a fundamental wave (FW) laser pulse and a second harmonic (SH) pulse with twice the fundamental frequency. These pulses were combined using a dichromatic mirror to generate either counter- or co-rotating two-color laser fields. These pulses were then focused on a supersonic jet of hydrogen gas inside a reaction microscope to create Rydberg states of hydrogen molecules.

The researchers found that increasing the relative strength of the SH field (with photons twice as energetic as the FW field) led to an overall increasing yield of Rydberg states, indicating an important role of the photon effect. Additionally, switching the polarization of the BCTC field from co-rotating to counter-rotating also led to an increase in the Rydberg state yield. The researchers attributed this observation to the suppression of the field effect for co-rotating fields.

The experimental study provides important insights into RSE in an intense laser field with potential implications for a wide range of fields, including quantum physics, chemistry, and astrophysics. “Rydberg atoms and molecules have the potential to serve as building blocks for advanced technologies related to quantum information, quantum nonlinear optics, long-range many-body interactions, and precision measurements. In this regard, our study can offer a promising route for manipulating and optimizing the RSE yields under intense laser field excitations,” says Wenbin Zhang, the first author and co-corresponding author of the work.